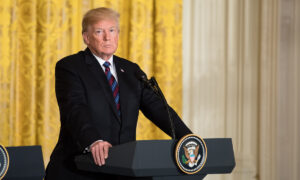 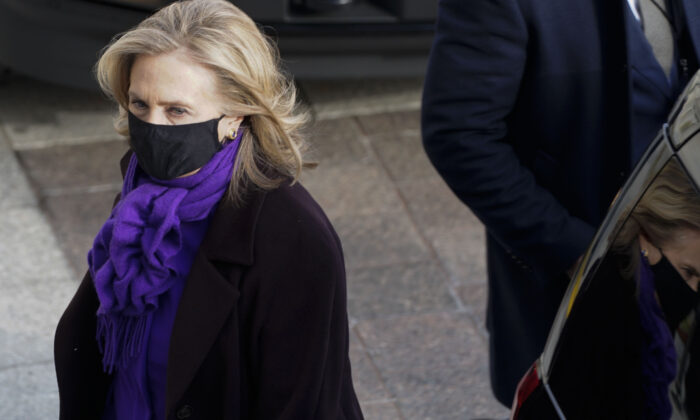 Former Secretary of State Hillary Clinton arrives at the U.S. Capitol ahead of the inauguration of President Joe Biden in Washington on Jan. 20, 2021. (Melina Mara/Pool/Getty Images)
Democrats

“These stories are difficult to read, and the allegations brought forth raise serious questions that the women who have come forward and all New Yorkers deserve answers to,” Clinton said in a statement.

“I’m glad to see that there will be a full, independent, and thorough investigation,” she added.

Clinton lives in New York and has long been a supporter of Cuomo, a fellow Democrat who has governed the state since 2011.

Three women have in recent days accused Cuomo of harassment, with one claiming he kissed her suddenly on the mouth in a meeting and another alleging he asked her for a kiss at a wedding.

The third woman emerged on Monday, with accusations bolstered by a photograph that showed Cuomo placing both hands on her face.

Lindsey Boylan, a self-described progressive who is running for Manhattan borough president, was the first woman to come forward. In a tweet last week, she wrote that she was grateful for support she’s received from across the country since then.

“When we show up & support victims, we make it easier for others to come forward. Only by shining a light on this kind of abuse will we be able to end it,” she said in a tweet.

Cuomo on Sunday said that he at work is sometimes “being playful” while cracking jokes that he believes are humorous.

“I do, on occasion, tease people in what I think is a good natured way. I do it in public and in private. You have seen me do it at briefings hundreds of times. I have teased people about their personal lives, their relationships, about getting married or not getting married. I mean no offense and only attempt to add some levity and banter to what is a very serious business,” he said.

New York Attorney General Letitia James on Monday said her office is moving forward with an investigation into the sexual harassment claims after receiving a referral letter from Cuomo’s office granting her request to probe the accusations. James plans on appointing a special deputy to conduct the investigation.

“This is not a responsibility we take lightly as allegations of sexual harassment should always be taken seriously. As the letter states, at the close of the review, the findings will be disclosed in a public report,” she said.