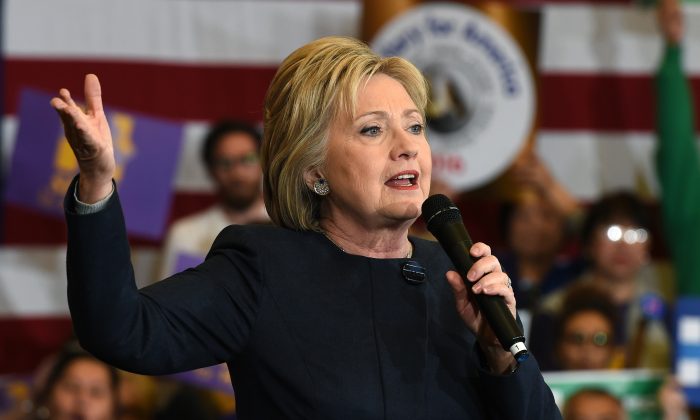 After the death of Supreme Court Justice Antonin Scalia, conservatives have called for Republicans in the Senate to block President Obama from appointing a liberal judge to replace him.

Senate majority leader Mitch McConnell signaled earlier today that he might just fulfill their wish, releasing a statement that said that Scalia’s vacancy “should not be filed until we have a new president.”

A number of left wing writers have already condemned McConnell’s statement, and now Hillary Clinton is joining them.

“The Republicans in the Senate and on the campaign trail who are calling for Justice Scalia’s seat to remain vacant dishonor our Constitution,” the Democratic presidential front-runner said in a statement, the Hill reports.

“The Senate has a constitutional responsibility here that it cannot abdicate for partisan political reasons.”

Scalia, 79, was found dead on a West Texas ranch earlier on Feb. 13. He was considered a stalwart of the conservative wing of the court, and an icon for conservative legal jurisprudence for decades.