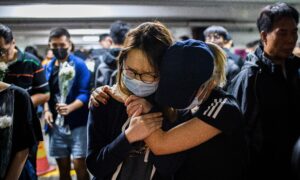 'I Can't Go Through the Pain': Hongkongers Struggle With Emotional Scars From Protests
0 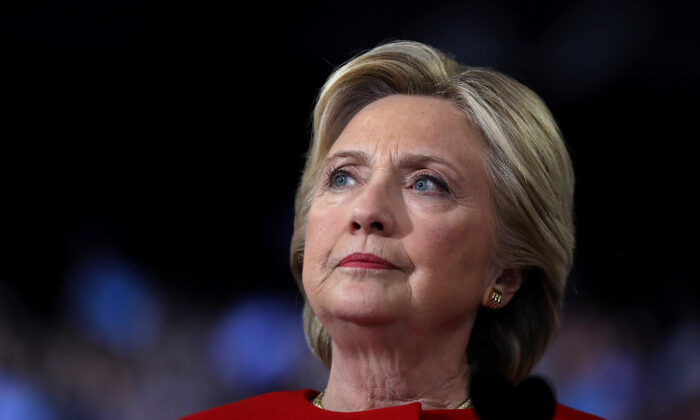 Former Secretary of State Hillary Clinton has condemned armed protests in Michigan calling for an end to pandemic-related lockdowns, denouncing them as “domestic terrorism.”

Clinton shared a tweet on Friday about protests at the state legislature in Michigan, commenting: “Armed men storming a legislature to disrupt its democratic proceedings is domestic terrorism. It cannot be tolerated.”

Hundreds gathered to protest Michigan Governor Gretchen Whitmer’s stay-at-home order on Thursday in Lansing. It was the third major demonstration at the state’s Capitol since businesses were shuttered in March due to the outbreak of COVID-19, the disease caused by the Chinese Communist Party (CCP) virus, the novel coronavirus that emerged from Wuhan, China, late last year and sparked a global pandemic.

Whitmer recently extended Michigan’s stay-at-home order—one of the strictest in the United States—until at least May 28 to prevent the spread of the deadly bug.

Michigan has the fourth-highest death toll from COVID-19 in the United States, with nearly 5,000 dead, according to a Friday update by Whitmer. During the briefing, she said health authorities on Friday reported Michigan’s 50,000 cases of COVID-19 infection.

At the briefing, she referred to the protests, urging unity and calling for demonstrations to remain peaceful.

“I know many people in our state are feeling frustrated,” Whitmer said, “some are scared, some are angry—that’s understandable.”

In Michigan, on April 30, hundreds of protesters, some armed, gathered at the same site in Lansing, with some entering the Capitol building and demanding to be let onto the House floor, which is prohibited.

Thursday’s protest was organized by Michigan United for Liberty, which says it is a nonprofit with nearly 8,000 members that view the order as unconstitutional.

About 150 protesters gathered in light rain around 9 a.m. near the steps of the Capitol building, but the crowd grew to several hundred by mid-morning. A handful had firearms, including long guns.

“Open your business now. Open the restaurants. Open the bars. Open the movie theaters,” one protester, who did not announce his name, told the crowd. “Michigan, wake up America.”

The Capitol building was closed because the legislature had been adjourned.

The debate over how and when to ease restrictions on commerce and social life has grown increasingly politicized in the United States.

Democratic governors of states hardest hit by the outbreak have taken a more cautious stance, drawing criticism from many Republican leaders, including President Donald Trump, and provoking allegations that they are politicizing the pandemic to impact the Nov. 3 presidential election.

With the pandemic devastating the economy, the Trump administration has sought to strike a balance between protecting lives and ensuring livelihoods, with White House messaging increasingly focused on encouraging state governors to ease restrictions.

The president has accused some Democrat state governors of dragging their feet in restarting economic activity. Ahead of his planned visit to Pennsylvania last week, Trump tweeted: “The great people of Pennsylvania want their freedom now, and they are fully aware of what that entails. The Democrats are moving slowly, all over the USA, for political purposes. They would wait until November 3rd if it were up to them.”

Trump said at an event on vaccine development on Friday that almost every state had taken steps to begin reopening.

“The American people are doing an extraordinary job of continuing to take precautions while, at the same time, wanting to start,” he said.

“And they will be starting to resume their American way of life,” Trump said. “We will be reigniting our economic engines,” he added, while “taking care of our most vulnerable.”

In releasing criteria for “Opening Up America Again,” which is a three-phased approach based on the advice of public health experts, the White House has largely left decisions about reopening to state governors.

Dr. Anthony Fauci, director of the National Institute of Allergy and Infectious Disease, warned Congress this week of “needless suffering and death” if the states move to reopen too haphazardly.