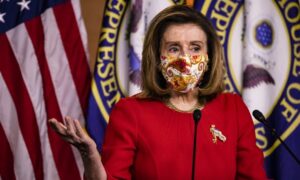 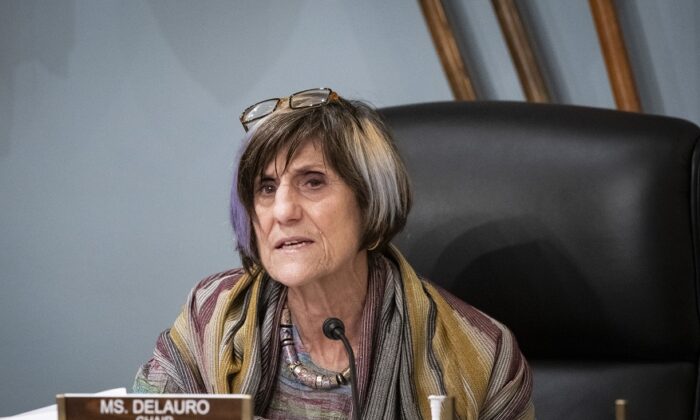 Hill Democrats Set to Bring Back Earmarks in 2022

House Appropriations Committee Chairwoman Rosa DeLauro (D-Conn.) will announce, possibly as soon as next week, that earmarks will be permitted in spending bills beginning in 2022.

Both chambers of Congress adopted party conference rules against earmarks in the past decade, following years of scandal, as corrupt examples such as Alaska’s “Bridge to Nowhere” prompted public outrage.

Former Sen. Tom Coburn (R-Okla.)—who was chiefly responsible for the campaign against earmarks—famously described them in 2007 as “the gateway drug to federal spending addiction.”

“Nothing epitomizes what’s wrong with Washington more than pork-barrel spending in the form of congressional earmarks. It’s an insult to taxpayers to resurrect such a wasteful and corruptive system. Passing the Earmark Elimination Act would show the American people that the House is committed to ending business as usual in Washington,” Budd said in a statement.

Norman added: “Congress has a constitutional responsibility to determine where and how our tax dollars are spent. Unfortunately, the way we appropriate federal dollars has deteriorated into a national disgrace.

“It amazes me that Congress seeks to restore earmarks but apparently has no desire to restore regular order to the appropriations process. This is sure to lead to more corruption and mismanagement of taxpayer dollars, which is why we need to pass the Earmarks Elimination Act.”

The text of the proposal—H.R. 1086—wasn’t yet available, according to a Budd spokesman.

Sen. Joni Ernst (R-Iowa), who has succeeded Coburn as the Senate’s most vocal opponent of waste, fraud, and abuse in federal spending, told The Epoch Times on Feb. 18 that she supports a permanent ban on earmarks.

“During my short time in the Senate, Congress has never needed to revert back to individual earmarks, so why now? This is nothing short of a belated Valentine to Washington special interests and lobbyists who have been chomping at the bit for this pork-making process to return,” Ernst said.

“Washington prioritizing politicians over struggling Americans is just the swamp returning to its normal habitat. It’s a disgrace. There’s simply no reason to go back to the old, wasteful, and detrimental ways of earmarks. We need to permanently ban this bad practice—even if it makes some folks squeal.”

But earmarks aren’t without defenders in both major political parties. Congressional Institute President Mark Strand told The Epoch Times on Feb. 18 that he wasn’t surprised by the Democrats’ decision to restore earmarks.

“No, I think they’ve wanted to bring them back for a long time, but they were worried that they would become political fodder, that Republicans would attack them,” Strand said.

“There are actually a great many Republicans that want to do this, too, but they are not the loudest voices. There has always been a lot of political fear on this subject because earmarks are so easy to demagogue.”

Strand defended earmarks, saying “whether you think they are right or wrong, and I make a case on that, the practical application is that members of Congress aren’t legislating at all,” because the leadership in both political parties have such tight control over the entire congressional process.

“Leadership is calling all of the shots, so there are no amendments, so the whole legislative muscles are in atrophy,” he said.

“Members are supposed to be representing their districts and when you have earmarks and you do it in a very transparent way and in a way that is very accountable, then members get to do things on behalf of their constituents.”

Having such a process in place would help Congress build bipartisan support for needed legislation, he added.

Democrats in Congress and some Republicans as well have quietly talked about returning earmarks in the past year. The House Select Committee on Modernization of Congress included the restoration of earmarks as one of 97 recommendations adopted on a bipartisan basis by all members of the panel in October 2020.

And before that, a senior aide to DeLauro’s predecessor on the appropriations panel told The Epoch Times in April 2020: “There is general support for increased congressional involvement in funding community projects and for reforms to ensure public trust in such a process. Conversations on moving forward with community project funding in the fiscal year 2021 appropriations bills will continue in the coming days.”

But Tom Schatz, president of Citizens Against Government Waste, a nonprofit taxpayers’ advocacy group that has fought earmarks for decades, announced at the same time completion of a comprehensive digital database of earmarks.

“From the $50 million for an indoor rainforest in Coralville, Iowa, in 2004; to the $25 million for the University of Alaska to study how to trap energy from the aurora borealis in 1993; and the $500,000 to restore the boyhood home of Lawrence Welk in Strasburg, North Dakota, in the first Congressional Pig Book in 1991, the database has all 111,114 earmarks worth $359.8 billion that members of Congress have added with the taxpayers’ money for their own parochial purposes,” he said.