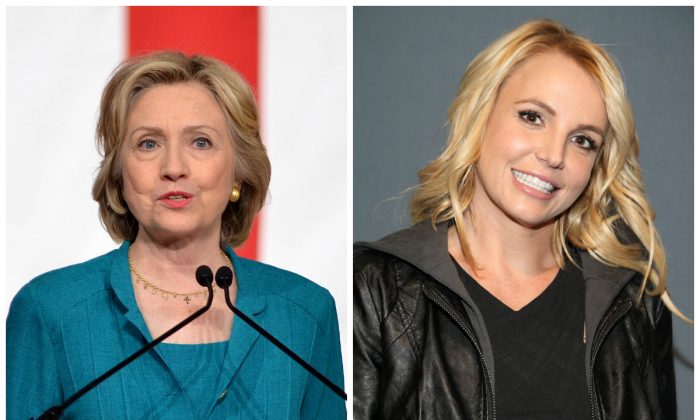 Presidential candidate Hillary Clinton met with pop singer Britney Spears while Hillary was campaigning in Las Vegas, ahead of Nevada’s Democratic caucus on Saturday, while Britney was there for her show “Britney: Piece of Me.”

“Being in Vegas for ‪#‎PieceOfMe is amazing for so many reasons… Especially today… because I had the incredible opportunity to meet Hillary Clinton!!” Spears posted on Facebook. “Such an inspiration and beautiful voice for women around the world!!! This woman had an intense presence and I felt very honored to meet her!!!”

Once the meeting hit the news desks, some people took to Twitter to, well, express their opinions.

“Oh my god you love vanilla candles too? You have my vote!” pic.twitter.com/lzjisgadW8

I’m no American but I would’ve always voted Clinton. But seeing Britney with her I’d be like TAKE MY VOTE HILARY TAKE IT

Britney didn’t get to meet Hillary. Hillary got to meet Britney.

I just logged into fb and the first thing I see is this photo of Hilary Clinton and Britney Spears I’m going to bed pic.twitter.com/4aunrcW6He

Hilary’s got Gaga, Katy, and Britney. Which pop queens do you have @BernieSanders?