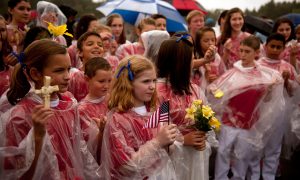 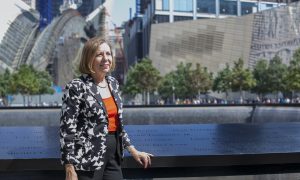 This Is New York: Alice Greenwald, Director, Reflects on the 9/11 Museum Effect
0 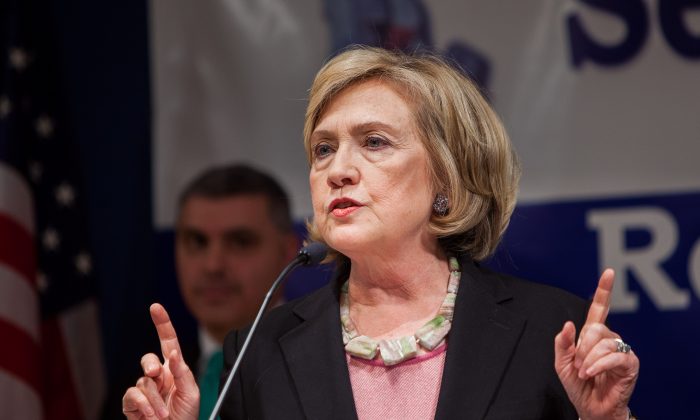 NEW YORK—Notwithstanding a long introduction, the crowd exploded when former Secretary of State Hillary Clinton took the stage at a downtown benefit hosted Tuesday in the United Federation of Teachers headquarters.

“This is like a homecoming,” she said jovially, yet quickly turned serious, describing her work, as a Senator, on getting health benefits and compensations for victims and responders after the terrorist attacks of Sept. 11, 2001.

The support put in place by the federal government is now at risk of expiring, while people still use it. “There are thousands who still need help,” she said. “And all this work is at risk, unless Congress acts.”

The benefit collects money for the 911 Health Watch, a non-profit set up by unions to monitor implementation of the James Zadroga Act. The act was signed by President Barack Obama in 2011 to pay for medical expenses related to post-9/11 illnesses not covered by individuals’ insurance. Compensation for victims was also reopened as part of the act, so people could continue to collect money for economic and quality-of-life losses.

The Zadroga Act was named after the first 9/11 responder recognized who died due to cancer he developed after breathing toxic materials for hundreds of hours at Ground Zero.

Some $800 million has been paid out in medical bills, and $300 million in compensation has been awarded through the act. But it will expire in October 2016, with some parts expiring as early as October 2015.

Clinton said Sen. Charles Schumer and several colleagues of his are, “as we speak,” introducing a new bill to extend the Zadroga Act by 25 years.

Yet she also mentioned the original bill’s “price of passage” was its five year expiration date.

Beside Republican Congressman Peter King, who supports the bill, it is not clear how will the Republican-controlled House will respond to the extension request.