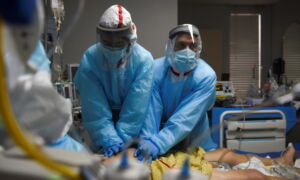 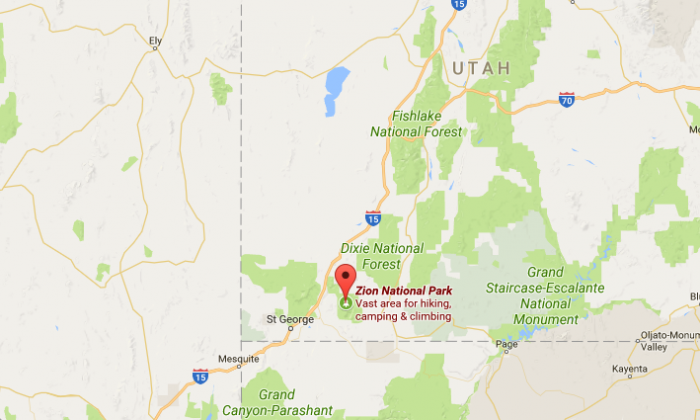 Hikers in Utah joined hands to help each other on July 29 when a flash flood turned wading through an otherwise benign river into a dangerous adventure.

The group was hiking the The Narrows trail in Zion National Park.

Hiking the narrow red-rock ravine requires wading the North Fork Virgin River that meanders through it.

Normally, the river is knee-deep, but that day rain that fell upstream caused a flash flood, and the river quickly turned into a waist-deep, powerful, and muddy current.

Jhonatan Gonzalez, 40, of Maui, Hawaii, was with a group of about 15 family members a few miles up the trail when the flood hit. Though they decided to not pursue the trail further, they had to wade the river to return.

“There’s no way out, you just have to go through,” said Gonzalez, according to NBC4.

Since there were children on the trail, Gonzalez, his brothers, and a nephew formed a human chain to help others through.

Then other hikers joined in, forming a chain that helped dozens of people overcome the current.

“It felt good. It was a chilling experience. It almost made me feel teary, just seeing how everyone was helping each other,” Gonzalez said.

The park closed the area later that day, after a flood warning was issued.

The deep, narrow canyons of Zion make for dramatic scenery, yet flooding can quickly make them dangerous. In 2015, seven hikers died during a flash flood in the park, and in July, 10 died in neighboring Arizona when a flood torrent hit a swimming hole full of people.