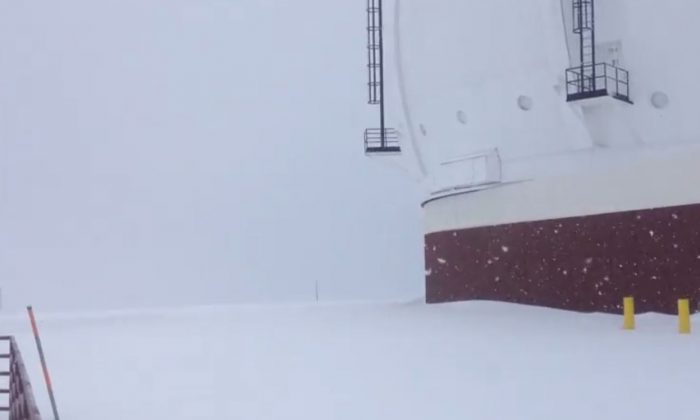 A screenshot of a YouTube video shows snow hitting near Mauna Loa this year.
US

A hiker was trapped on Mauna Loa in Hawaii after a snowstorm hit this week.

Alex Sverdlov, 36, of Queens, was doing the 18-mile hike to the top of Mauna Loa in Hawaii Volcanoes National Park on Sunday when the storm struck, according to National Parks Traveler.

He was on the 13,677-foot-tall summit on Tuesday when the snowstorm hit the region, bringing snow and strong winds.

Sverdlov tried to find his backpack during the blizzard and he was forced to take shelter until the next day. He found his pack the next day but he couldn’t get out, which forced him to spend another night there.

He was rescued on Tuesday after search crews found him. He didn’t have any food with him.

“I’ve done many crazy hikes, but this one pretty much tops the bill,” Sverdlov was quoted as saying.

Sverdlov was the only registered hiker. Rescue crews noticed that his car was parked at the bottom of the trail on Thursday, according to the New York Daily News.

“Even the most experienced and prepared hikers can get into trouble in the park,” Park Ranger John Broward, the park’s search-and-rescue coordinator, said in a statement. “What saved Alex is that he had a backcountry permit so we knew he was up there. He is extremely fit, and he stayed calm. We’re all fortunate this had a happy ending.”