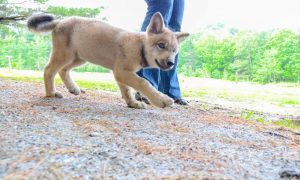 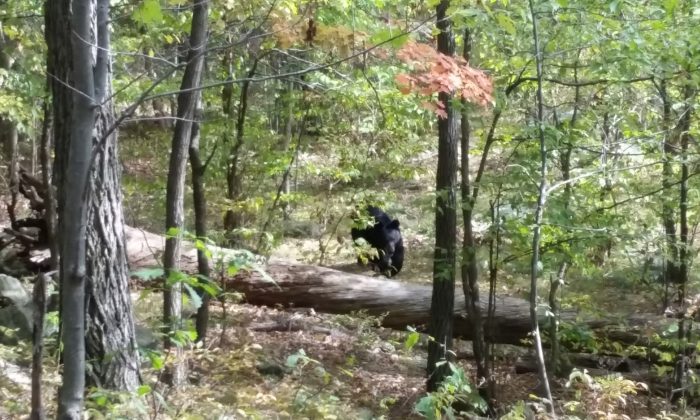 This photo of a black bear taken by 22-year-old hiker Darsh Patel before he was mauled to death by the bear in New Jersey's Apshawa Preserve, on Sept. 21, 2014. (AP Photo/Darsh Patel via West Milford Police Department)
Crime and Incidents

Hiker Took Pictures of Black Bear Before It Killed Him

The Rutgers student who was mauled to death by a black bear in September during a hike in the densely forested northwest New Jersey took several photos of the bear before the attack, which were released by authorities on Tuesday.

The photos show the bear approaching Patel from a distance of 100 feet, according to NJ.com’s interview with West Milford’s police chief.

Patel and four of his friends proceeded up a trail in the Apshawa Preserve and split up after they saw the bear, the police said. They went despite being warned by a couple who said they were being pursued by a bear in that area.

Patel’s friends later called the police, who found Patel’s body four hours later. The police subsequently found and shot the bear, which had human flesh in its stomach.

Unlike grizzly bears, black bears rarely show overt aggression toward humans. Patel’s death was the first known fatal attack by a black bear in New Jersey history, and between 1900 and 2009 there were only 63 black bear related deaths across the country.

Black bear encounters with humans are down in New Jersey in the past couple of years, driven down by an annual December hunt introduced in 2010. It reversed growth of the black bear population which, after years of restrictions on hunting, led to some areas of New Jersey having some of the highest densities of black bears per square mile in the country.

Black bears still routinely venture near human residences in the state, and in 2014 New Jersey saw 34 home entries by bears and 59 incidents of livestock being killed. In October, a man captured on tape two black bears fighting on the street, surrounded by cars and houses.

Some argue that without persistent hunting, black bears become more aggressive toward humans due to a lack of fear.

“If bear feel hunting pressure they have a respect and a natural fear, which is good, of humans,” said Anthony Mauro, co-founder of the New Jersey Outdoor Alliance. “You take away that pressure, bears get very comfortable, breaking into people’s houses, front porches, they habituate to people.”

An analysis of the body of the black bear found that it wasn’t malnourished, according to NJ.com, making it unlikely that hunger motivated the bear’s attack.

Since bear hunting was renewed in New Jersey, bear encounters and incidents have appeared to fallen in lock step with the decline in the bear population, although the relationship isn’t perfect. The black bear population fell by 200 from 2013 to 2014, but the number of dangerous bear incidents each year rose from 123 to 191.

In New York, where bear hunting has existed continuously for decades, black bears will still occasionally stray toward residential areas.

“We routinely have bears that come into Albany, even Buffalo, Syracuse, it’s not uncommon for bears to come into even an urban area,” said Jeremy Hurst, a bear biologist with New York’s Department of Environmental Conservation.