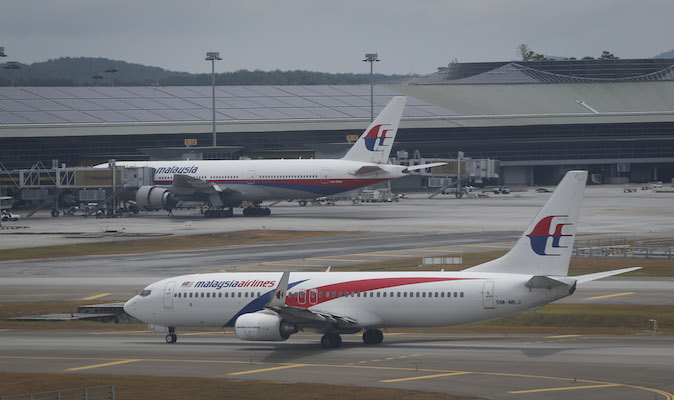 A Malaysia Airline Boeing 737-800 plane taxis by main terminal at Kuala Lumpur International Airport in Sepang, Sunday, March 16, 2014. Malaysia. A Malaysian passenger jet missing for more than a week had its communications deliberately disabled and its last signal came about seven and a half hours after takeoff, meaning it could have ended up as far as Kazakhstan or deep in the southern Indian Ocean, Malaysia's Prime Minister Najib Razak said Saturday. (AP Photo/Vincent Thian)
Tech

A viral Facebook post claims it has “breaking news” of a “hijacker video” of Malaysia Airlines Flight MH 370, but it’s only a scam.

There’s no footage of the plane being “hijacked” or anything else, as the airline has been missing since March 8. The scam post shows a picture of a Malaysia Airlines plane taking off with a play button over it.

Authorities are still trying to piece together what happened to the plane, and a massive search is being carried out as of Sunday.

When one clicks on the post claiming there’s a video, the user will be directed to a fake Facebook page that asks them to share it. This ensures that the scam is spread far and wide.

After the post is shared, users are directed to several websites that ask to download software, which isn’t recommended.

Some variants might ask users to complete bogus surveys that are designed to take personal information.

If you’ve shared the post, it’s advised to delete it from your Facebook wall and “unlike” it.

Go down and click the “X” on the right side of the app in the list in order to remove it. Some of the fake scam apps use names like “CNN,” “Fox News,” or “YouTube” to trick users.

More detailed instructions on how to delete similar posts are located here.