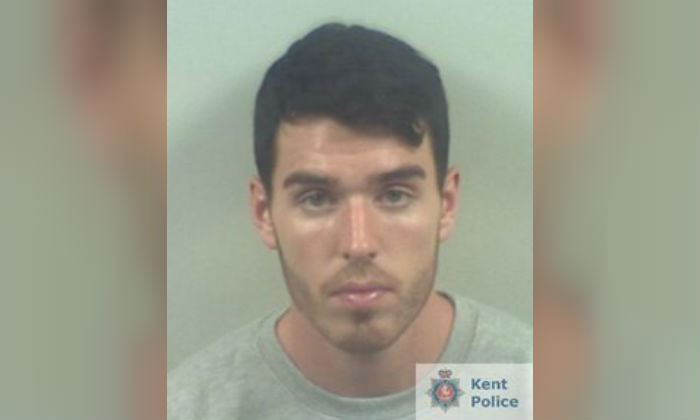 A “highly dangerous” man who stabbed his ex-girlfriend more than 75 times has been jailed for at least 26 years.

Joshua Stimpson, 26, killed Molly McLaren, 23, in a frenzied attack last June as she sat in a car outside a shopping centre in Kent.

The pair met through the dating app Tinder and dated for seven months but she ended their relationship two weeks before she was murdered, ITV reported.

At the sentencing, Judge Adele Williams told Stimpson that he may never be released.

“This was a cruel, calculated, and cowardly act,” the judge said, according to the broadcaster. “This was an act of wickedness. You took away Molly’s life quite deliberately in the most vicious fashion.”

She added, “You were determined to punish her for ending the relationship with you. You were seeking revenge.”

The judge branded him “a highly dangerous young man.”

Stimpson, a warehouse worker from Rochester, admitted manslaughter but denied murder before his trial at Maidstone Crown Court. But it took less than four hours for a jury to convict the 26-year-old of murder.

In the days leading up to the attack, Stimpson was caught on CCTV buying a four-inch knife and attending the same bar as her, Kent Police said.

On the day of the murder, surveillance footage captured him setting up an exercise mat beside her in the gym.

Stimpson waited for her to get into her car, before he pulled her car door open and launched at her, stabbing her repeatedly. Emergency services arrived within minutes but she was pronounced dead at the scene.

Police also recovered a box cutter and pickaxe in his car.

Many witnessed the horrific attack, with one man trying to intervene, pulling Stimpson’s leg, shouting and hitting the bonnet (hood) of the car.

Detective Sergeant Ali Worton from Kent Police described Stimpson as a “cold and calculated killer” and that it was clear that the murder was “pre-planned.”

26-year-old Joshua Stimpson showed no emotion as the verdict was read out and there were gasps from Ms McLaren's family who burst into tears as they sat in the packed public gallery #MollyMcLaren – read more https://t.co/qXt0M4YCs7 pic.twitter.com/PTeCGAMTnw

He said, “Molly was a popular and ambitious young woman with her whole life ahead of her but this was stolen by Stimpson in the most brutal way imaginable.

“By denying murder and failing to accept responsibility for his actions, he forced Molly’s family and friends to suffer even further distress through the tough ordeal of a crown court trial.”

In a statement, McLaren’s family said the full extent of digital stalking of McLaren by Stimpson may never be known.

They thanked police and witness Benjamin Moreton after he tried to intervene in the attack.

“Nothing will take away the pain or allow us to come to terms with our Molly being taken from us. We are serving a lifetime of pain, anguish, and loss,” the statement said. “A light has gone out in all of our hearts but shines bright as a star forever glowing. We love you Molly.”