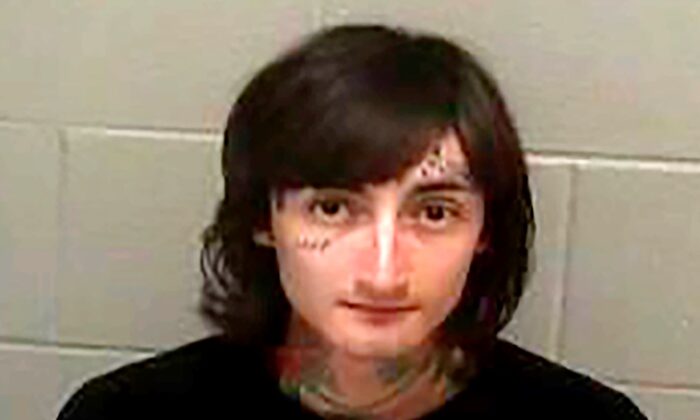 CHICAGO—The man accused of opening fire on an Independence Day parade in suburban Chicago has been indicted by a grand jury on 21 first-degree murder counts, 48 counts of attempted murder and 48 counts of aggravated battery, representing the seven people killed and dozens wounded in the attack on a beloved holiday event.

Attorneys for Crimo have not made a formal response yet to any of the charges he faces in the July Fourth shooting in downtown Highland Park, Illinois. A representative for the county public defenders office, which is representing Crimo, said Wednesday that it does not comment publicly on any cases.

Prosecutors have said Crimo, 21, admitted to the shooting when police arrested him following an hourslong search on July 4.

Under Illinois law, prosecutors can ask a grand jury to determine whether there is probable cause to proceed to trial. Grand jury proceedings aren’t open to the public and defense attorneys cannot cross-examine witnesses.

Prosecutors said Wednesday that the 48 attempted murder counts and 48 counts of aggravated battery with a firearm represent “each victim who was struck by a bullet, bullet fragment, or shrapnel.”

“I want to thank law enforcement and the prosecutors who presented evidence to the grand jury today,” Lake County State’s Attorney Eric Rinehart said in a statement. “Our investigation continues, and our victim specialists are working around the clock to support all those affected by this crime that led to 117 felony counts being filed.”

Authorities have said the wounded range in age from 8 to their 80s, including an 8-year-old boy who was paralyzed from the waist down when the shooting severed his spine.

In her first public comments since the shooting, the boy’s mother said in a video and written statement released Wednesday that the violence her family and others experienced has taught them “to see the unbelievably generous, caring, good, and kind spirit that makes up the vast majority of our world.”

Keely Roberts described her son, Cooper Roberts, as “athletic” and “fun-loving” but said he has a long road ahead. Cooper was shot in the back. The bullet tore through his body, severely damaging his aorta, liver, esophagus and spinal cord before exiting through his chest.

Cooper has undergone multiple surgeries and is paralyzed from the waist down.

Cooper’s twin brother, Luke, sustained minor injuries from shrapnel, but his mom worries about the impact of seeing his twin so violently injured. She also was wounded in the leg.

Roberts said she still sees a bright future ahead for Cooper and thanked paradegoers who helped the family in the aftermath of the shooting, along with health care providers, and other first responders.

During a court hearing presenting the murder charges, prosecutors said police found more than 80 spent shell casings on the rooftop of a building along the parade route and the rifle used in the attack on the ground nearby.

Investigators believe Crimo blended in with the fleeing crowd to get away from the scene, then borrowed his mother’s car and briefly contemplated a second attack on a celebration in Madison, Wisconsin, before returning to Illinois where police arrested him.

Crimo is due to appear in court Aug. 3.

By Kathleen Foody and Claire Savage