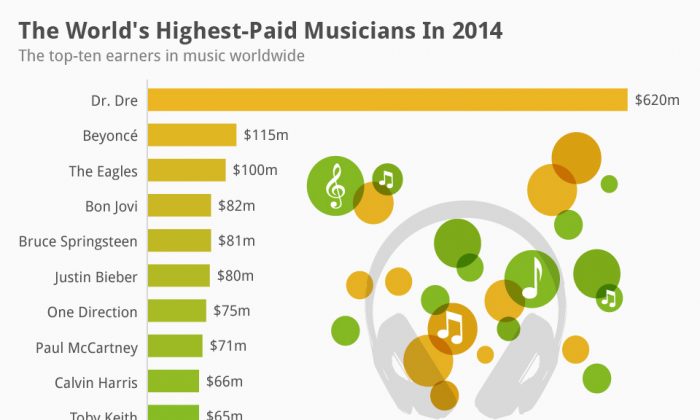 Dr. Dre was the highest-paid musician worldwide in 2014 by a massive distance, earning five times more than his nearest rival. He took home $620 million before taxes, the biggest single-year earnings of any musician in history. This was primarily due to the sale of Beats (which he cofounded) to Apple for $3 billion.

2014 proved a wildly successful year for Beyoncé. She earned $115 million courtesy of her Mrs. Carter world tour, along with a surprise album. That places her second on the list. The top three is rounded off by the Eagles who earned $100 million throughout the year. According to Forbes, that’s more than Lady Gaga, Kanye West and Miley Cyrus combined.