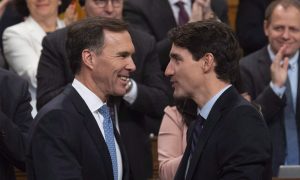 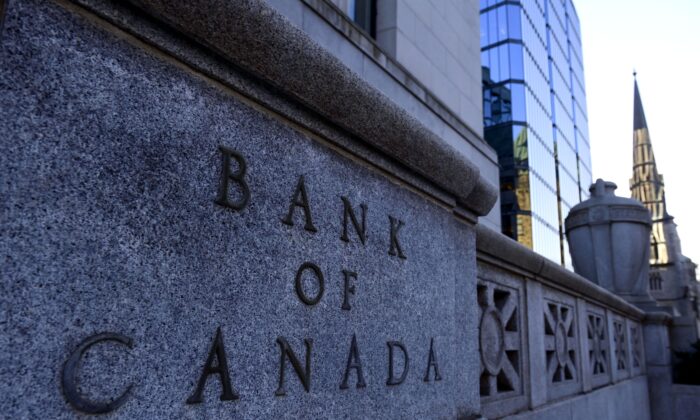 The Bank of Canada in Ottawa on Dec. 15, 2020. (The Canadian Press/Sean Kilpatrick)
Canada

The money supply in Canada and the United States is substantially increasing, leading some to believe higher inflation will inevitably follow.

The Bank of Canada tripled its balance sheet between early March and end of April 2020 as federal responses to the pandemic created large deficits. This increased the money supply of cash and chequing deposits  by 30 percent, an amount much higher than the typical 7 percent annual increase of recent years.

Conventional economics suggests inflation must follow, according to Philip Cross, senior fellow at the Macdonald-Laurier Institute.

“We were all brought up to believe in that Milton Friedman quote that ‘Inflation is always and everywhere a monetary phenomenon.’ So when the money supply is increasing that fast, you sit up and take notice,” Cross said in an interview.

“The money supply is increasing sharply in both Canada and the U.S. So those people who still believe in the quantity theory, who think that the money supply is the major determinant of inflation, they’ve got something to worry about.”

The quantity theory of money holds that the money supply multiplied by the speed at which it is spent equals the average price level multiplied by the volume of transactions in the economy. Put simply, more money supply results in more inflation if other factors are constant, because more money circulating in the economy means more consumer demand and spending, thus driving up prices.

The reason more money has not sparked much inflation so far is that pandemic measures have hindered normal spending. Even so, some commodity prices have spiked in recent months.

William Robson, president and CEO of the C.D. Howe Institute, is watching the numbers carefully.

“I used to write regularly on this stuff because the Canadian money aggregates did seem to have really interesting abilities to predict changes in the economy and changes in inflation,” Robson told The Epoch Times.

This money supply has risen according to all measurements.

“So that tells you that inflation expectations have picked up quite a little bit. Bond investors are beginning to get a bit more nervous about inflation,” he said.

“If interest rates go up, and we continue to see this kind of growth rate, that would be one of the things that would make my eyebrows go up. And I’d start to think, OK, maybe the inflation rate over the next year, 18 months, two years is going to be higher than what I was expecting before.”

Even now, the price of lumber “is just insane,” he said, and the cost of other products will rise when the post-pandemic economy opens up.

“We’re going to see a lot of spending, and it’s going to feel great. But at the same time, it’s going to reveal that the productive capacity of the economy has been damaged by COVID and by all the stresses in supply chains in ways it’s going to be really hard to satisfy all that spending. So I am concerned about inflation.”

Robson believes the Bank of Canada may feel pressure from the federal government to keep interest rates lower for longer than it should, but that won’t be the only consideration.

“If they’re worried that the housing market might suddenly collapse, that might be a disincentive to do anything really dramatic by way of raising interest rates.”

“When somebody says interest rates are going to remain at this unprecedented really low level never seen before in human history, I’m saying, ‘Well, if it’s unprecedented, how on earth can they remain there?’”

Lee recalls being a mortgage broker in the 1970s as experts claimed interest rates could not rise any higher—only to see them do so year after year. Now he doubts experts who insist the opposite.

“There’s no allowance there for uncertainty, and when you’re dealing with these kinds of macroeconomic variables, I think one needs some skepticism.”

Higher mortgage rates would hurt those in the overheated Vancouver and Toronto regions, he said. However, nearly half of Canadian homeowners no longer carry mortgages, and record-high Canadian debt loads also deserve perspective.

“Our gross assets that we individuals in Canada own is [far more than] that famous $2 trillion of debt that everybody focuses on in the media and tears out their hair over.”