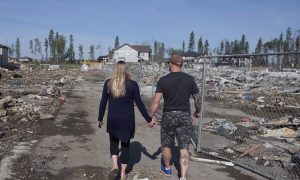 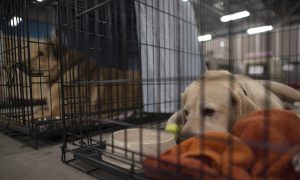 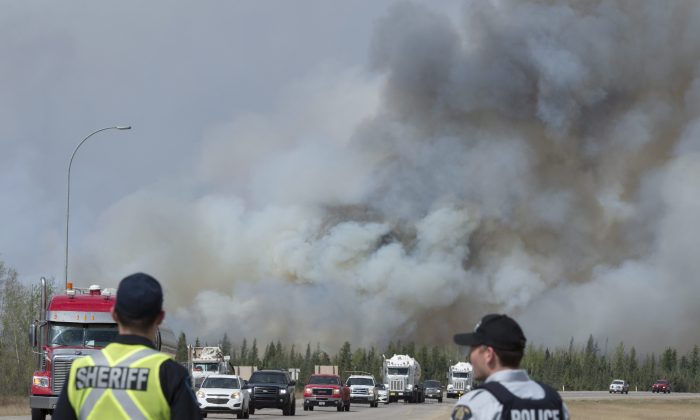 Police watch a convoy of cars and trucks pass a wildfire as they are evacuated from Fort McMurray, Alberta, on May 7, 2016. Federal scientists are predicting the 2020 summer wildfire season could be well above average for much of Canada, especially Western provinces. (Jonathan Hayward /The Canadian Press via AP)
Canada

This summer’s wildfire season could be “well above average” for much of Canada, especially Western provinces, according to federal scientists.

Natural Resources Canada released projections Tuesday showing an elevated fire risk starting in June that stretches from B.C. and across most of the prairies, to Northern Ontario and the territories.

Parts of Manitoba, Saskatchewan, Alberta and B.C. could see an elevated threat of wildfires that stretches into September.

Though the risk gradually falls over the course of the summer, it remains above the 30-year average.

Wildfire scientist Richard Carr at Natural Resources Canada says the prediction is based on climate models that suggest a warmer and drier summer is coming.

He says the prediction doesn’t consider the impact of COVID-19, which may lower the risk by reducing the number of people in the woods.

The number of actual fires also depends heavily on factors such as lightning strikes or human error.

Physical distancing measures that will likely extend into the summer months add further complication to wildfire season. In the event of evacuations, provinces will have to strategize how to get people out of affected areas safely while preventing the spread of COVID-19.

Provinces will also have to gauge how firefighters will be housed and transported when travelling to regions affected by fires.