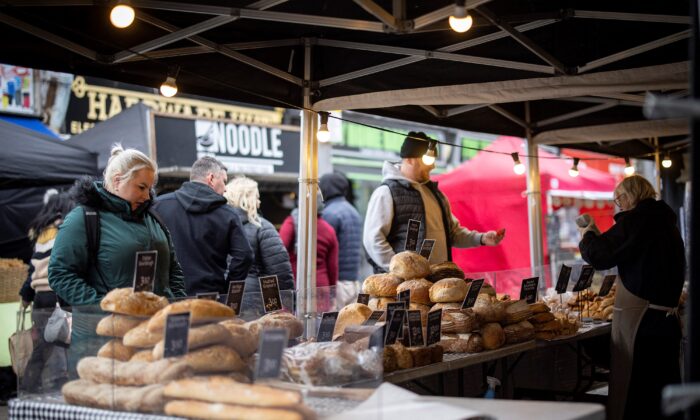 War hits the breadbasket of Europe
By Emel Akan

Global wheat prices have skyrocketed since Russia launched an invasion of Ukraine on Feb. 24.

Russia and Ukraine together export 26 percent of the world’s wheat (pdf), according to the U.S. Department of Agriculture (USDA).

Due to the war, the three largest shipping companies in the world suspended bookings to and from Russia. In addition, most Black Sea ports—the points of departure for two-thirds of Ukrainian grain exports—have been shut down.

Wheat prices around the world have increased sharply since the start of the conflict as trade disruptions have raised fears of a wheat shortage. The war has caused extreme volatility in both cash and futures markets.

Following the invasion of Ukraine, the wheat futures on the Chicago Board of Trade surged more than 50 percent to $12.94 per bushel before it began to retreat this week. In Europe, wheat futures on Paris-based Euronext have also gone up sharply.

Ukraine, often dubbed “the breadbasket of Europe,” has favorable conditions for the growth of agricultural crops and grain. Besides wheat, Ukraine and Russia combined account for about 16 percent of corn exports and 30 percent of barley exports (pdf).

The wheat futures market in the United States has attracted “a phenomenal amount of outside speculative money” according to Joe Vaclavik, founder and president of Standard Grain, a Tennessee-based commodity brokerage.

And this was due to the assumption that the war would cause a drastic surge in demand for wheat in the United States, he told The Epoch Times.

“A lot of what we’ve seen to this point, in my opinion, is speculative buying in the market,” Vaclavik added. “It’s not because we’ve seen any drastic surge in actual demand for U.S. wheat.”

Russia is the largest wheat exporter in the world, followed by the E.U., Australia, the United States, and Ukraine.

The ongoing war is expected to add further fuel to the U.S. food inflation.

The U.S. annual inflation rate surged to 7.9 percent in February, according to the latest report by the Bureau of Labor Statistics. Soaring food prices were one of the major contributors to the high inflation, with the price index for food at home increasing 8.6 percent over the last year.

Vaclavik predicts that food inflation will get worse because of the surge in prices of agricultural commodities and farming input costs. Corn and soybean prices have also headed north, he noted.

The Black Sea region is a crucial supplier of grains and oilseed products for the world market.

Sanctions against Belarus and Russia are also having a big impact on fertilizer supply chains, increasing input costs for farmers.

“The impact of higher prices will mainly be felt by companies in the feed industry, the baking industry, brewers, and producers of vegetable oils and spreads due to their heavy reliance on grains and oilseeds,” according to a recent report by Thijs Geijer, a senior economist covering the food and agriculture sector at ING Bank.

Rising energy prices are also putting more pressure on farmers and food manufacturers around the world. Industrial bakers and flour mills, especially, have relatively high energy costs compared to other food manufacturers, according to the ING report.

While higher wheat prices might be good news for U.S. farmers, wheat supplies in the United States cannot be increased instantly.

“Part of the problem is that our wheat crop in the U.S. is largely a winter wheat crop, which is planted in the fall and harvested in the summer,” Vaclavik explained.

“We won’t have a chance to plant another winter wheat crop until September or October of this year. So, it’s going to take a while until producers have an opportunity to expand acreage of wheat in the United States.”

The nation’s wheat growers have raised concerns about large market fluctuations since Putin launched his invasion on Feb. 24. Supply chain issues and the availability of inputs also continue to present challenges for U.S. farmers.

Besides the war, dry weather has been pushing wheat prices higher.

In the United States, wheat has been hit by “drought conditions across the Great Plains, with a fair bit of the hard red wheat crop likely to be destroyed and its acreage transitioned into other crops,” according to Steven Burke, an economist at Spain-based FocusEconomics, provider of price forecasts for commodities.

According to him, markets are likely to remain tight in the near term. However, he noted, stronger Australian and Indian exports this year are expected to offset reduced exports from Ukraine and Russia.