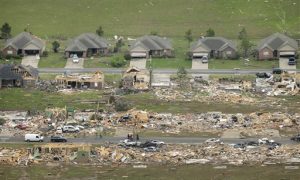 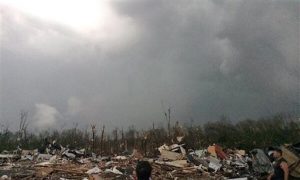 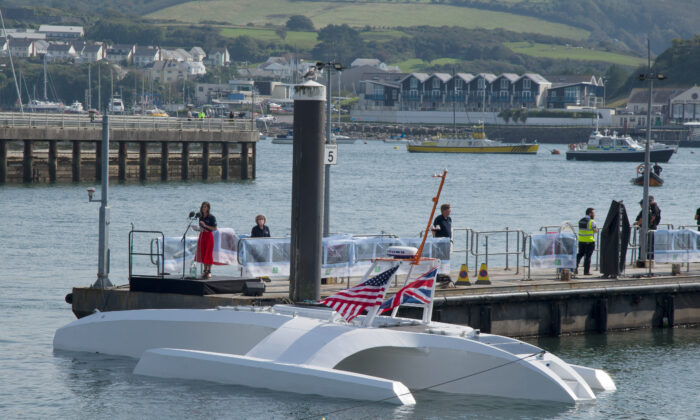 The Mayflower Autonomous Ship during a special ceremony to mark its launch in Plymouth south west England on Sept. 16, 2020. (Susie Blann/AP)
UK

PLYMOUTH, England—With a splash of Plymouth gin, the U.S. ambassador to Britain officially launched a ship named Mayflower on Sept. 16, 400 years to the day after a wooden vessel with that name sailed from an English port and changed the history of two continents.

Unlike the merchant ship that carried a group of European Puritan settlers to a new life across the Atlantic Ocean in 1620, the Mayflower christened by U.S. Ambassador Robert Wood Johnson has no crew or passengers. It will cross the sea powered by sun and wind, and steered by artificial intelligence.

Johnson said the high-tech ship, developed jointly by UK-based marine research organization ProMare and U.S. tech giant IBM, showed that “the pioneering spirit of the Mayflower really lives on” in the trans-Atlantic partnership.

“We’re heading out with the same spirit of adventure and determination and vision for the future” as the original colonists, the American diplomat said at a ceremony also attended by the head of the Royal Navy, Adm. Tony Radakin, and Dutch Ambassador Karel van Oosterom.

Like the Mayflower in 1620, the new vessel will travel from Plymouth, England, to Plymouth, Massachusetts, but on a marine research trip rather than a colony-founding journey. The coronavirus pandemic has delayed its trip until the spring of 2021.

The ship’s launch in Plymouth, 200 miles (320 kilometers) southwest of London, is part of Mayflower commemorations disrupted by the coronavirus pandemic. They involve British, American, and Dutch institutions (many of the 17th-century Pilgrims had fled England for Holland in the years before the voyage), and the Wampanoag people, who had lived for millennia in what is now New England.

In 1620, the Wampanoag helped the exhausted Mayflower settlers survive their first winter. But soon colonial expansion, conflict, and new diseases were having a devastating impact on North America’s indigenous peoples.

Wampanoag stories have been marginalized on past Mayflower anniversaries, but they are playing a big part in events and exhibitions this time around.

“It’s going a long way to lend balance to this story,” said Paula Peters, a Wampanoag writer and educator who has helped create anniversary exhibitions, including an opening later this month at The Box museum in Plymouth.

“We don’t expect people to take one side or the other,” Peters said. “But certainly the story of the Mayflower is one that really can’t be told without telling also the story of the Wampanoag.″

The Mayflower voyage plays a central role in American history but is less studied in Britain. Charles Hackett, chief executive of Britain’s Mayflower 400 events, said he has been surprised at how much the story “really resonates and is important to different communities” in the UK, from the towns that nurtured the Puritans to Harwich, the eastern England port where the Mayflower was built.

He thinks the 17th-century voyage, with “people desperately crossing oceans,” also strikes a chord with many in our era of a global pandemic, climate crisis, and mass migration. While half the Mayflower’s passengers were religious dissenters, the rest “were economic migrants,” he said.

The Mayflower Autonomous Ship—its creators decided against a snappier name—is intended to be the first in a new generation of crewless high-tech vessels that can explore parts of oceans too difficult or dangerous for people to reach.

Andy Stanford-Clark, chief technology officer for IBM UK and Ireland, said the ship’s launch “is a very exciting stage of the journey towards autonomous shipping” that could pave the way for AI-driven cargo ships, water taxis, and research vessels—as well as warships.

Radakin, the British navy chief, said he was excited by the potential of automation to increase “our availability, our sustainability, and our lethality.”

The 50-foot (15-meter) trimaran will undertake six months of sea trials and short trips before setting out on its trans-Atlantic trip to measure ocean health: assessing the impact of climate change, measuring micro-plastic pollution, and studying populations of whales and dolphins.

Along the way, its AI captain will have to make complex decisions in response to wind, waves, vessels, and unknown surprises.

Sept. 16’s event on Plymouth’s seafront, yards from where the Mayflower passengers embarked in 1620, was deliberately low-key to prevent large crowds from gathering in breach of social distancing rules. Repeated reminders about hand sanitizer and masks slightly undermined the grandeur of the occasion.

But the Mayflower is woven into the fabric of Britain’s chief naval city, and hundreds of people gathered along the seawall to watch the sleek new ship leave harbor.

Retired teacher Richard Jackelman said he could remember as a boy joining a 350th-anniversary parade dressed as a Pilgrim and making money off the many American tourists who came to town.

“I used to sell bits of concrete here as a kid, saying that the Pilgrim Fathers had sat on it—and the Americans would buy it!” he said.

Jackelman is proud of Plymouth’s association with the Mayflower, which he thinks epitomizes a British spirit of adventure. He’s sorry to see events disrupted because of the pandemic.

“The anniversary means a lot,” he said. “It was going to be such a wonderful year.”