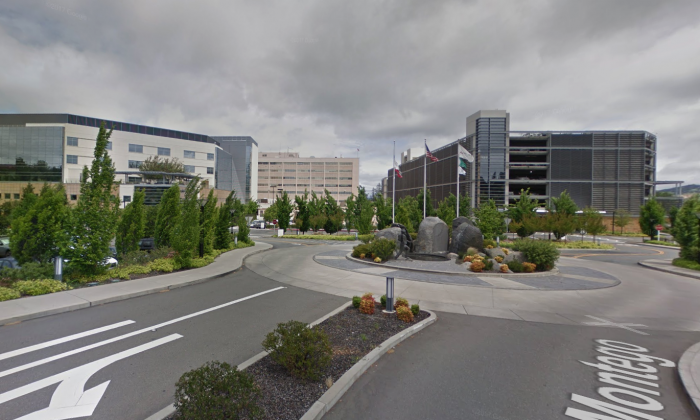 John Muir hospital, Walnut Creek, where Ryan Jospeh, 16, was taken after a wrestling accident.(Screenshot/GoogleMaps)
US News

A 16-year-old high school sophomore has been paralyzed from the neck down after he injured his spinal cord incident during a wrestling session on a school campus.

Ryan Joseph was competing on campus his school in Pleasant Hill, California, on Jan. 10. when he suddenly couldn’t get up from the mat, according to KGO.

A statement posted to his school website confirmed that he was paralyzed.

“Ryan is currently paralyzed from the neck down and requires assistance breathing,” said the statement on Pleasant Hill’s College Park High School’s website, most of which was replicated on a crowdfunding site set up to support his medical expenses.

Adam Samhan, who said he has been Joseph’s friend since kindergarten, described what happened to KGO.

“The guy took him down and put him in a hold, and then the ref shook him off and he shook his head like, ‘I can’t get up’ so he just laid there and the ambulance had to come and take him.”

Joseph is being treated at John Muir Medical Center in Walnut Creek, according to the GoFundMe page which has been set up to help with medical expenses, rehabilitation,  and home accessibility.

“Everyone likes him. He’s outgoing and everything,” said Samhan “He’s a nice dude—like all the teachers love him. Smart guy, always never showed off in front of others. He was just a nice guy overall.”

The school’s athletic director Jim Keck said Joseph had grown up in a family that loved the sport.

“He’s one of the most positive kids, a joker, fantastic sense of humor,” Keck said, according to SFGate. “He’s always trying to make other people smile.”

Joseph was in the 160-pound weight class on the school wrestling team,  and a member of the school lacrosse team where he was a freshman captain face-off midfielder.

His father, Tom Joseph, was a wrestling star in the 1980s.

There is no indication in the reports of any prognosis or expected recovery time.