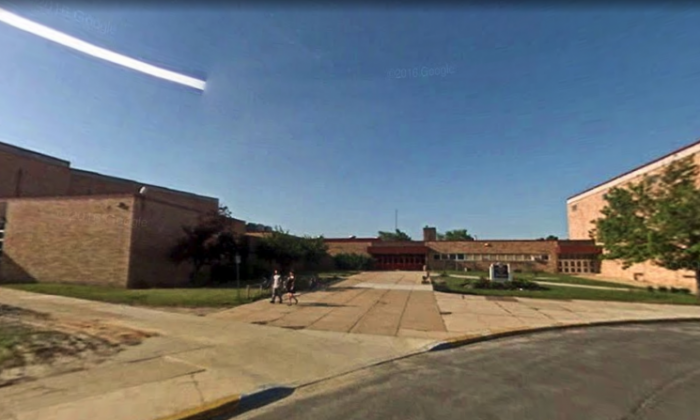 A New Jersey high school suspended a history teacher after he echoed President Donald Trump’s proposal to arm teachers so they could protect students in case of a shooting.

Timothy Locke, 59, was placed on administrative leave on Feb. 22 after he told a classroom that teachers should be armed in case a shooting similar to the one in Parkland, Florida, should happen in New Jersey.

Locke told students at Cherry Hill High School East that if he was armed he would stand between his students and the gunman to defend them. President Donald Trump proposed arming properly trained teachers and paying them an annual bonus to carry weapons in school.

The classroom largely agreed with Locke, but one female student was so distraught that she had to be brought to the principal’s office by another teacher.

“The bottom line is that I was very concerned about the security at my school,” Locke told the Philadelphia Inquirer. “I was adamantly concerned with the welfare of my students.”

STUDENTS V SCHOOL BOARD: Cherry Hill HS students are planning to attend the district meeting tonight to defend their teacher, Timothy Locke. He was placed on leave after discussing school safety concerns in the wake of the FL deadly school shooting. (Picture: 2002 Yearbook) pic.twitter.com/YJOrhqjkQN

Locke’s suspension caused an outrage among students and parents, who staged a walkout on Feb. 26. Locke started teaching at the school in 2001 and is loved by many students.

“The students love him unequivocally,” Eric Ascalon, whose son, Zaiden, was in Locke’s class last year, told the Inquirer. “After the events in Parkland, there was no mention in the schools. There was no addressing the issue with students and the one teacher that brings up the concerns is suspended.”

Locke has a 4.86 out of 5 star rating on the ratemyteachers website.

“One of the girls from East posted an amazing post on Facebook last night, and I knew they were marching and I said, ‘good for them, I wanted to do something,'” parent Rachel Kirkham told CBS.

Kirkham and her friend brought coffee and boxes of donuts to the protest.

“I think it is amazing. It makes me think of Whitney Houston — the children are our future. This whole movement, I think it is incredible,” Kirkham said.

The local school district declined to comment on the suspension saying that it was a personal matter.

A senior at the high school, Justin Prechodko, is promoting a petition calling for Locke’s return.

“Mr. Locke is my favorite teacher, bar none, of all time. I just felt an injustice was done so I decided instead of being quiet I’d step up. That’s what I learned from Locke: that you’re never too small to step up,” Predchoko told CBS.