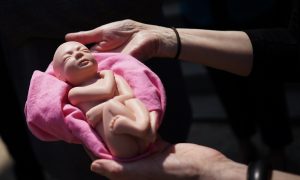 High School Students Asked ‘What Made You Adopt Heterosexuality?’

Sensitive questions such as, “What do you think caused your heterosexuality?” were asked of 13-year-old students at one high school in Sydney, according to a New South Wales state parliamentarian.

One Nation Party MP Mark Latham made the revelations during an address to the Conservative Political Action Conference (CPAC) last week, saying that it highlighted the increasing prevalence of leftist ideologies in the state’s education system.

Latham claimed that he received daily complaints from parents concerned that their children were being taught about gender identity at a young age.

“Every day, almost like clockwork in the afternoon, a new gender fluidity atrocity walks into my office, and this stuff is just unbelievable,” Latham said.

“I tell you the one that came in yesterday at a high school in southern Sydney, handing out a survey sheet for answers from 13-year-old girls, that goes along the lines of, ‘How did you decide you were heterosexual?’” he said.

It was later revealed by The Daily Telegraph that the Kirrawee High School in Sydney’s south was supplying questionnaires to students during their Personal Development, Health, and Physical Education (PDHPE) classes.

The aim of the questionnaire was for students to “understand” the pressures that LGBT+ individuals face in society.

“Most LGBT people are put, all too frequently, into situations where they have to defend their sexuality,” the questionnaire reads.

“To help non-LGBT people understand how it feels to be placed in such a situation, the following questionnaire was devised. It is based on ‘heterophobic’ premises, rather than homophobic premises,” it continued.

The Daily Telegraph reported that some questions included:

“To whom have you disclosed your heterosexual tendencies? How did they react?”

“With all the societal support marriage receives, the divorce rate is sky-rocketing. Why are there so few stable relationships among heterosexuals?”

“How could the human race survive if everyone were heterosexual, considering the menace of overpopulation?”

“I expect schools to use materials that are both relevant for the lesson and suitable for the age of the students. I can’t see how this material is suitable for or relevant to any year 8 PDHPE class,” she told The Epoch Times in a statement.

“Kirrawee High School has been told to review all of its PDHPE learning material and is no longer using these resources,” she said.

During his CPAC address, Latham also called on attendees to stand firm on upholding traditional values.

“Take them back from the identity left, the gender fluidity left, the renewable energy left that have captured all these institutions. They’re on the education system, in public broadcasting, this majority faction of the Liberal Party, just about every significant part of our society,” he added.

There has been a significant discussion amongst proponents of traditional values that communist and socialist ideologies have infiltrated Western society and education systems over the last 50 years.

According to Bezmenov, agents would promote the cause of “equality,” making people feel discontent with their political and economic circumstances which they believed would eventually lead to civil unrest and destabilisation of the country.

This strategy used by the KGB follows early Marxist theorist Antonio Gramsci (1891 – 1937) who postulated that to defeat Western nations a country should not rely on physical might, but instead seek to undermine the spiritual and moral fibre of society via their institutions.

“Any country grounded in Judaeo-Christian values can’t be overthrown until those roots are cut … Socialism is precisely the religion that must overwhelm Christianity,” he wrote in his Prison Notebooks.

“In the new order, Socialism will triumph by first capturing the culture via infiltration of schools, universities, churches and the media by transforming the consciousness of society.”