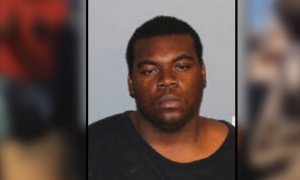 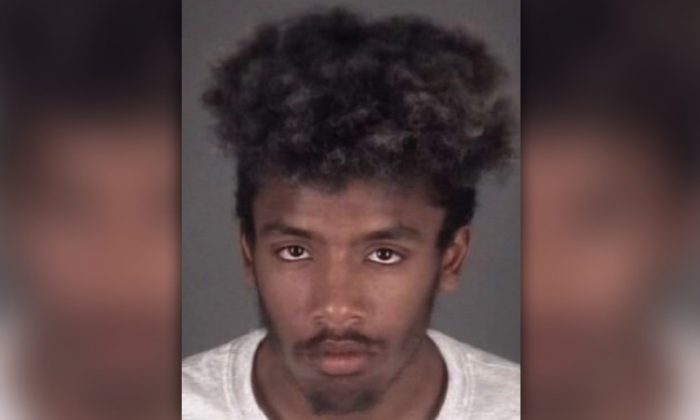 Michael Corley, 18, was arrested and charged with domestic battery after cracking an egg on top of his mother's head on April 17, 2019. (Pasco County Sheriff's Office)
Crime and Incidents

A Florida teenager has been arrested for domestic battery after cracking an egg on his mother’s head.

Michael Corley, 18, took to social media on April 17 to say he would carry out the “Facebook Egg Challenge” if his post received 300 comments, according to the Tampa Bay Times. The challenge entails cracking a raw egg on the head of an unsuspecting victim.

According to an arrest affidavit seen by The Times, after receiving enough comments, the Gulf High School senior cracked an egg on the kitchen counter and opened it on his mother’s head.

Carrie Lann, the young man’s mother, was cited in the report as responding to the egging by slapping Corley “across the back of his head with an open hand.”

The 6-foot-2 teenager then allegedly seized his mother by the shirt and threw her onto the dining room table, injuring her back.

Pasco County Sheriff’s deputies said Lann told them her boyfriend had to jump in to prevent the situation from escalating out of control.

Corley was arrested at his New Port Richey home and booked into the Land O’ Lakes Jail, according to The Times.

He faces a charge of misdemeanor domestic battery, according to Pasco County Sheriff’s Office online records.

The vast majority of Gallup polls taken since 1993 show that over 60 percent of Americans believe there is more crime in the United States on a national scale compared to the previous year.

Pew Research Surveys show similar findings. A survey in late 2016 revealed that 57 percent of registered voters said crime in the nation as a whole increased since 2008, despite both FBI and BJS data showing double-digit drops in violent and property crimes.

Surveys of perceptions of crime levels on a local scale showed that fewer than 50 percent of respondents in every single Gallup survey done since 1996 believed that crime in their area had risen compared to the previous year.