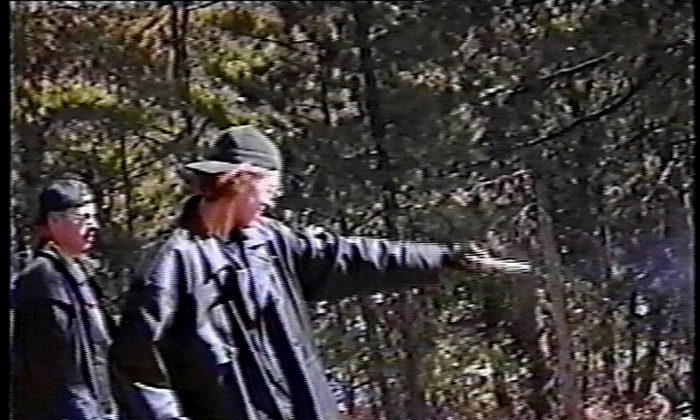 Two high school students in Kentucky, both girls, were suspended after posing as the Columbine shooters for Halloween.

The students attend Adair County High School. Their outfits resembled the outfits that Dylan Klebold and Eric Harris wore when they killed 15 people including themselves at Columbine High School in Colorado in 1999.

Posts from the girls’ social media accounts showed them reenacting moments from the shooting spree, including side-by-side images of the girls posing as the shooters and real photos of the shooters, reported WHAS-TV. One picture was accompanied by the caption “Dylan and Eric 2018.”

The girls were suspended for an unspecified length of time.

“We take the situation very seriously and our personnel are continuing to investigate the facts and circumstances surrounding this matter,” Pamela Stephens, Adair County Schools Superintendent, said in a statement. “The students are currently suspended.”

Some parents said that they were outraged at what happened and thought the girls should have been expelled.

“It’s ridiculous,” Amy Tarter, mother of another student at the school, said. “I think any child that does that should be expelled and any parents who [support] their child [doing that] should have charges brought against them.”

Tarter said the incident is emblematic of the schools in the county.

“They don’t take anything as seriously as they should,” Tarter said. “They just sweep it under the rug.”

“Even though it’s fake…it’s something that could happen…and it’s very real,” Erin Pineur, a county resident, told LEX 18.

The broadcaster said that the father of one of the girls who were suspended claimed the girls made a mistake but that the school blew the situation out of proportion. He said the girls have received death threats.

Meanwhile, the mother of Dylan Klebold spoke out recently, saying she hated what he did but not him.

“I never stopped loving him. The love was always the thing that remained. I hated what he did, but I never hated him,” Sue Klebold said at a Dallas fundraiser for a mental health group, reported WFAA.

She told the broadcaster later that she definitely missed warning signs.

“Dylan did have a change in behavior in his junior year of high school. He’d never been in trouble before, but he was suddenly in trouble with a cluster of things that he did,” she said. “He had a friendship that was very toxic, and I was not aware of the nature of that friendship.”

She advised parents to talk less and listen more.