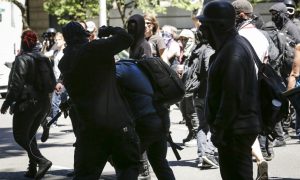 Professor Says 'I Am Antifa,' Once Posted He Wanted to Beat Trump With Baseball Bat
0
Share Now
TelegramFacebookTweetEmailTellMeWeReddit
Copy Link 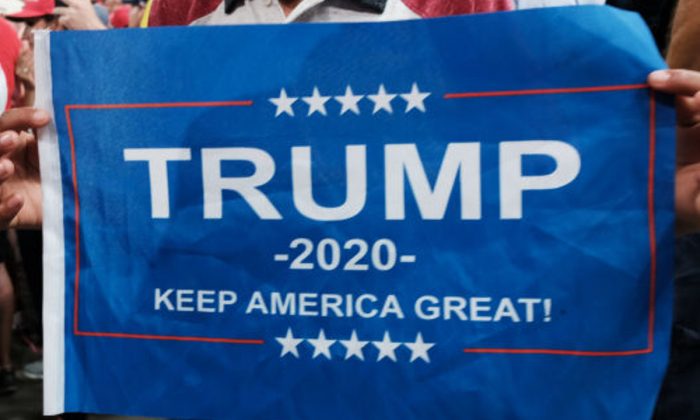 A North Carolina high school football game was canceled over alleged security concerns ahead of a rally to support cheerleaders who were put on probation for displaying a Trump 2020 banner.

A picture of the North Stanly High School cheerleading team holding the banner before a football game three weeks ago prompted the state high school athletics association to put them on probation.

Although the squad was allowed to continue cheerleading, that probation status sparked claims from some community members that the teenager’s First Amendment rights were being infringed. They had planned flag-waving rally in a nearby field before the Friday night game.

The game was themed “American Night,” according to the Stanly News-Press, with students  encouraged to don “patriotic red, white, and blue.” Just a few hours before the game, the local school board pulled the plug.

Stanly County Schools said in a statement that they had been “notified of additional information that could compromise safety measures,” but gave no details.

“We understand this may cause an inconvenience for many, and we apologize. Please know our number one concern is the safety of our students, athletes, staff, and community supporters. ”

The flag-waving rally went ahead in a field near the school as planned, reported High School OT, drawing around 100 people holding various American flags, including Trump 2020 banners.

One of the rally organizers, Jeremy Onitreb, said that the Sheriff’s office had informed him that the game was canceled after someone opposed to the rally had allegedly threatened the school.

But Onitreb said in a Facebook video he thinks there was no threat, and that they didn’t want any trouble. “Nobody’s coming up there to hurt the kids. It’s not what this was about.”

Onitreb had earlier told the High School OT that the rally was about First Amendment rights, not about supporting President Trump, and that all were welcome.

“If they want to come and fly a ‘Bernie Sanders 2020’ flag, that’s their right,” he told the High School OT. “As long as they come on their best behavior and don’t come with any hatred in their heart.”

“It’s about the girls; it’s about their First Amendment right and how it was violated,” Onitreb said.

When the picture of the squad holding a Trump 2020 Keep America Great banner came to light, the school took no disciplinary action, other than to ask the students not to display the banner again. They said that school policy “prohibits the display or distribution of political advertisements on campus or at school events.”

But the state schools athletics went further, putting the squad on probation, as a warning that such banners crossed the line.

“[The probation] serves as a notice of behavior or action that is against NCHSAA Handbook Policy or contrary to expectations of sportsmanship and proper behavior that could bring additional sanctions,” said a statement by the association, according to the College Fix. The association warning of penalties in the form of a fine or a suspension “should infractions persist.”

The organizers of the rally had called for the resignation of the NCHSAA head, Que Tucker.

Critics, including Rep. Richard Hudson, said the decision was a double-standard, reported High School OT, with Hudson noting that in 2017 the NCHSAA had supported the rights of students and officials to kneel during the national Anthem as a First Amendment right.

“The same group that has put them on probation, the athletic association, has ruled that referees or players can kneel for the national anthem at the beginning of the game because it’s their free speech right, so if they’re allowed to do that, they certainly ought to be allowed to take a photo with a sign at a time that’s not even during a game,” Hudson told the news outlet.