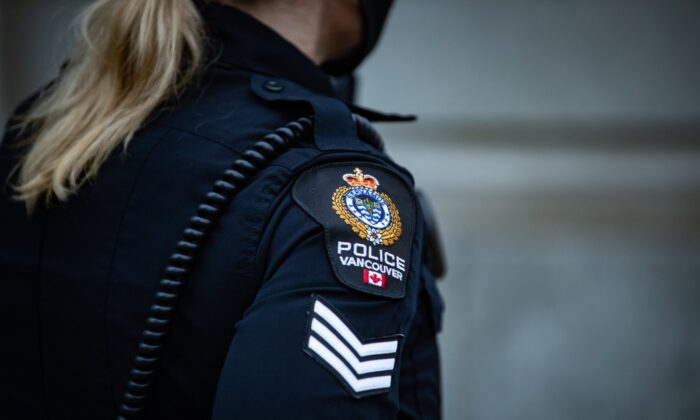 A Vancouver Police Department patch is seen on an officer's uniform as she makes a phone call after responding to an unknown incident in the Downtown Eastside of Vancouver, on Jan. 9, 2021. (The Canadian Press/Darryl Dyck)
Canada

A high risk sex offender who disappeared from his halfway house has been found and rearrested by police in Vancouver.

Police said they were looking for 39-year-old Tony Okanase, who had been released from Mountain Institution in Agassiz Friday morning, reported to the halfway house in Vancouver but later checked out.

After he failed to return, a Canada-wide warrant was issued for his arrest.

Police said Okanase posed a high risk to the public due to a history of violent sexual offences against strangers dating back to 2003.

But Sgt. Steve Addison says in a statement that Okanase was rearrested by Vancouver officers after a community policing volunteer spotted him in the city’s Joyce-Collingwood neighbourhood no Saturday afternoon.