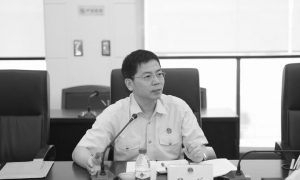 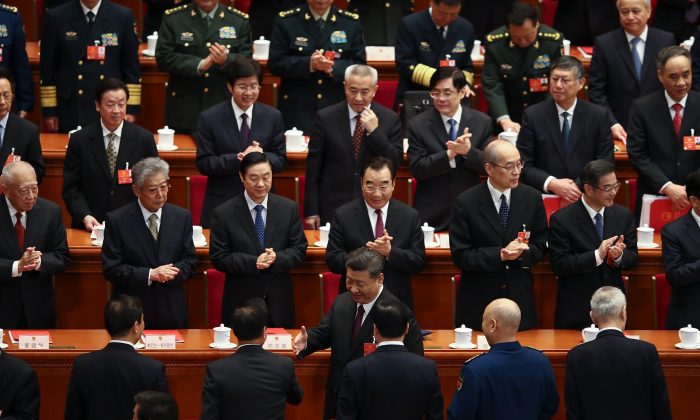 Chinese communist officials attended the closing session of the National People's Congress (NPC) at the Great Hall of the People on March 20, 2018 in Beijing, China. (Lintao Zhang/Getty Images)
China

In January this year, while speaking at an executive meeting of the cabinet-like State Council, Chinese premier Li Keqiang warned that everyone should get prepared for a “frugal life” ahead of a tough economy. But that’s not the case for high-ranking communist officials. They are guaranteed an affluent and worry-free retirement life.

The full list of benefits revealed just how much special treatment they receive.

Central government officials had the most cushy post-retirement lives, with free healthcare; a designated full-time driver, body guard, and medical personnel; in addition to a paid-for resort vacation four times a year inside the country, each time up to three weeks. There is no limit to the number of family members the retired official can bring along.

When traveling by air, they are allowed two to four seats in first class or business class. The airport is required to schedule the plane’s departure time according to the specific needs of the retired official.

When traveling by train, they are guaranteed seats in the soft sleeper compartment, then accompanied  by three sedans or two tourist coach buses upon arriving at the destination.

They get to stay in luxury hotel suites, while all food and drink costs are reimbursed.

When buying a house, they also get benefits, receiving subsidies for every 220 square meters (2,368 sq. ft.) of living space.

Provincial level and minister-level cadres get similar benefits, with the same entourage of staff accompanying them and the same travel perks. They are guaranteed to stay at a four or five-star hotel.

In addition to the benefits listed above, the provincial and minister level cadres, on average, all receive about 1.12 million yuan (about $166,000) of welfare and additional allowances (excluding their pensions and the extra expense budgets they receive based on their official title). For the deputy provincial and deputy minister level cadres, their average welfare and allowances is around 930,000 yuan (about $137,931) per person.

In Guangdong Province alone, the expenditure on car rides for deputy provincial and minister level cadres amounted to more than 112 million yuan (about $16.6 million) a year, according to Phoenix Television.

These expenditures come at a great cost to the government authorities.

But scholars who have criticized the Chinese Communist Party’s fiscal responsibility have been silenced. Yang Shaozheng, a former professor at Guizhou University, was fired in August last year after writing on social media that Party cadres do not generate any social wealth, but rely on China’s fiscal revenue to enjoy a good life, according to a Radio Free Asia report on Aug. 17th, 2018.

Yang estimated that as there are 20 million Party officials in the government and non-governmental organizations, the cost for society to pay their salaries and other expenses is estimated to be about 20 trillion yuan (about $2.97 trillion). If this continues unabated, the society will eventually collapse, Yang had predicted.

“That is equivalent to a per capita burden of 15,000 yuan  (about $2,224),” he wrote in an article he wrote for NTD, a New York-based broadcaster and sister media to The Epoch Times.