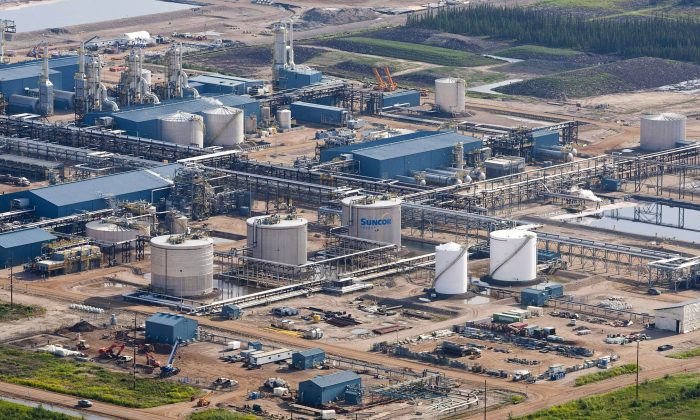 “These results suggest that oilsands developments are a source of airborne (mercury) emissions to local landscapes and water bodies,” says the study, which has been reviewed and published in the journal Environmental Science and Technology.

Levels of the most dangerous form of the potent neurotoxin are about 13 times higher than normal in the most affected area, about 60 kilometres north of Fort McMurray and a little east of the community of Fort McKay.

Although levels quickly drop off from there, scientists found that almost 17,000 square kilometres have been affected by elevated mercury deposits that probably come from industrial emitters.

“Highest mercury concentrations were observed at 15 sites within the major oilsands development area,” the paper says.

The conclusions are based on springtime snowpack samples taken in 2011 and 2012 from up to 89 sites in the heart of the oilsands region and as far away as 200 kilometres.

Testing showed that as industrial activity increased, so did mercury levels.

“Deposition resembled a bull’s-eye on the landscape, with areas of maximum (mercury) located primarily between the Muskeg and Steepbank rivers,” the report says.

That pattern also held for methylmercury, the most dangerous form of the element, which is absorbed and accumulated by plants and animals.

The report acknowledges mercury levels were never measured before the industry’s expansion, so it’s hard to nail down a normal level. Mercury occurs naturally in the environment.

That chemical was also strongly linked with other metals and contaminants known to come from oilsands facilities.

The research, conducted under the joint Alberta-Ottawa oilsands monitoring program, chimes with other research that links environmental toxins with industrial emissions. Other papers have linked both heavy metals and hydrocarbons in spring snowpacks to the oilsands.

Last month, Alberta Health issued a warning about eating eggs from some water birds downstream from the oilsands.

An Environment Canada study found that levels of mercury have gone up significantly in the eggs in the last three decades, with some increases of up to 139 percent. In at least one species, mercury levels were high enough to start harming the birds.