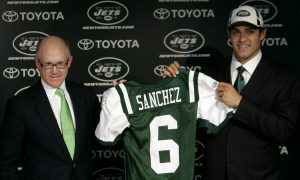 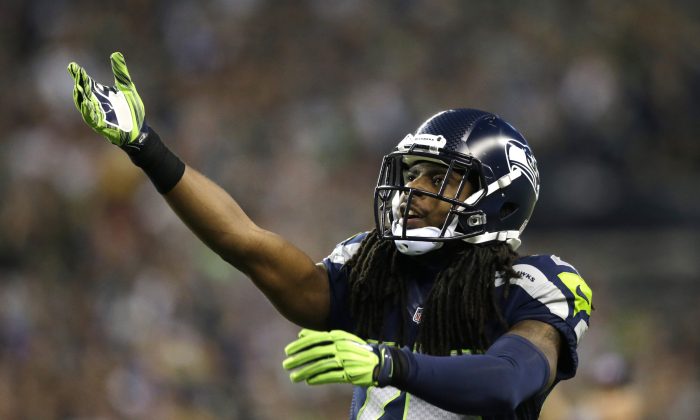 Seattle Seahawks cornerback Richard Sherman was a wide receiver at Stanford before becoming the steal of the 2011 NFL Draft. (AP Photo/Scott Eklund)
NFL

Nothing sets up an NFL team for success more than a good draft, and nothing makes a good draft better than finding a star in the later rounds. Here are the 10 biggest draft steals since 1994—the first year it was whittled down to the current seven-round format.

Bowman was an All-Pro selection in three of his first four seasons before missing all of 2014 with a torn ACL/MCL. With Patrick Willis’s surprising retirement, the 49ers are hoping the 27-year-old will be fully recovered for the 2015 season.

Graham already has a pair of 1,000-yard seasons, three Pro Bowl selections, and was an All-Pro in 2013. Although Gronkowski was picked in this draft too (second round), Graham has more career catches (386) and receiving yards (4,752) than the Patriots’ great.

Evans was a little-known lineman out of Bloomsburg University who has turned into one of the best guards in the NFL. The six-time Pro-Bowler was an All-Pro every year from 2009 to 2012.

Brown has steadily ridden from part-time contributor in 2010 to the NFL’s leading receiver in 2014 with 129 catches for 1,698 yards—already his third 1,000-yard season. The three-time Pro-Bowler was also an All-Pro last season.

Davis’s career was short but he made the most of it, averaging more than 1,600 yards in each of his first four seasons while winning a pair of Super Bowls in the process. A patient runner who made excellent cut-backs, Davis rushed for 2,008 yards in 1999—his final full season before injuries derailed his career.

Say what you want about Owens off the field (and a lot has been said), but on the field he was one of the best. The five-time All-Pro had nine 1,000-yard seasons in a turbulent career that saw him play for four different teams. His 15,934 career receiving yards are second only to Jerry Rice.

Allen had better than 10 sacks in 8 of his 11 seasons in the league and led the league twice in the all-important category two different times. Now on his third team in Chicago, Allen has garnered four All-Pro picks while being selected for the Pro Bowl five different times.

Thomas was the heart and soul of Miami’s defense for 12 seasons from 1996 through 2007, earning All-Pro honors five times in that span as one of the best tacklers in the league.

Sherman’s time in the league has been relatively short, yet he’s already become the premier corner in the game. A wide receiver his first two years at Stanford, Sherman has been an All-Pro each of the last three years in the NFL and is a big part of Seattle’s top-ranked defense.

Brady, despite whatever his involvement in the Deflate-Gate scandal was, has had a pretty good career. Four Super Bowl wins, three Super Bowl MVPs, 10 Pro Bowl selections, two All-Pro picks, and a pair of regular season MVPs make him the greatest steal ever—even if he did cheat.