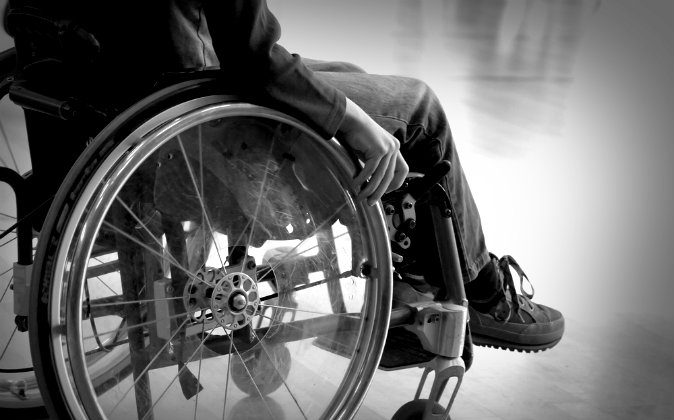 A family is suing a Michigan nursing home after their staff members were captured on a hidden camera allegedly abusing an elderly man in 2015.

Hussein Younes, 89, was recovering from bowel obstruction surgery at Autumnwood of Livonia in April 2015 when his son noticed unexplainable cuts and bruises appearing on his elderly father.

The son, Salim Younes, installed a hidden camera inside his father’s room to find out what was going on.

What the son saw in the footage horrified him.

In one video, a staff member roughly holds Hussein’s head while repeatedly telling the elderly man “stop, enough” while another staff member watches on without doing anything. Hussein is then harshly picked up from his wheelchair and thrown onto his bed.

Warning: Footage may be distressing for some viewers. Please watch at your discretion.

Just before the staff member leaves, she is seen verbally abusing the elderly father.

On a separate occasion, the same staff member is seen verbally denigrating Hussein and roughly throwing him onto the bed.

The family’s attorney, Jonathan Marko, said the footage only captured two days of the six months Hussein was at the nursing home.

“We only caught two days of this horror show at Autumnwood Livonia, two days,” Marko told the news station.

“He was there for approximately six months. He went in, in May, until his family saw the video in December and yanked him out as soon as they saw it.

“When confronted with video evidence that their staff was battering and abusing this man, they refused to take any responsibility,” Marko added.

Marko told WDIV that he thought the abuse on the 89-year-old was ethnically motivated.

“He’s an elderly Lebanese gentleman who was born and grew up in Lebanon,” Marko said. “He’s an Arab-American, and because of that, he was targeted at this nursing home and horribly abused.”

Salim has compiled over 100 clips of the abuse to use as evidence in his lawsuit. Some of the clips have been released to the public by Marko.

Marko told Fox 29 that the nurse, Tammy, was previously reprimanded in a nursing home in Virginia for using inappropriate language. She was also terminated from another two nursing homes before being hired in the Michigan nursing home. She has reportedly lost her nursing license in Michigan.

In response, Autumnwood’s attorney released a statement over the alleged abuse, reported WDIV.

“The actions depicted in the video are in no way illustrative of the quality care that is provided by the caring staff at Autumnwood on a daily basis,” the attorney said in the statement.

“The employees identified from the video have been terminated, and additional training has been provided to all employees,” the statement read.

Marko said that despite the complaints and allegations, the nursing home still sent Salim a bill for his father’s stay.

“Worst of all, they sent Mr. Younes a bill for abusing his father,” Marko told Fox 29. “That’s despicable.”

No criminal charges have been brought against the staff involved. The civil trial starts in June.