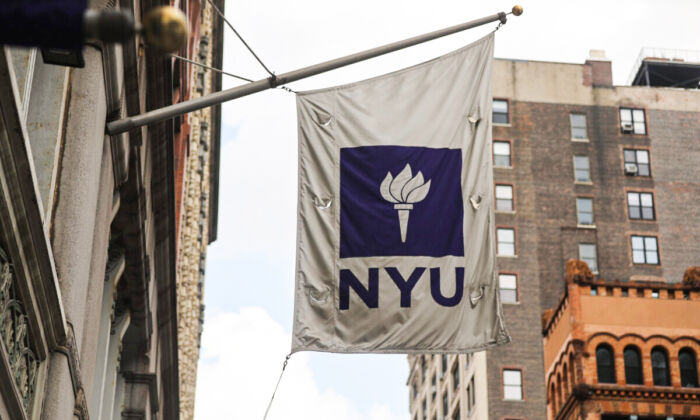 HHS Grants NYU $40,000 to Study What It Calls Youngsters’ Preference for ‘Whiteness and Maleness’

Tens of thousands of federal tax dollars are flowing to New York University to uncover why kids allegedly “favor Whiteness and maleness over other identities,” official data show.

The three-year project, titled “Societal assumptions regarding typical personhood and their effects on reasoning development,” will obtain a total of $40,391 from the U.S. Department of Health and Human Services (HHS).

Researchers have until January 2025 to conclude the study, which began this February, to seek out what authors say could be developmental processes that drive children to believe that “White males represent the default person.”

“Despite national rises in racial and gender diversity, white men remain vastly overrepresented across a host of domains within the U.S., from media to politics, to clinical research,” the project summary reads. “Such overrepresentation poses severe costs to the rest of society.”

It adds that clinical trials historically have also put the experiences and health outcomes of white men first, rather than women, men of color, or those gender-nonconforming.

“Specifically, we need to know (a) the developmental trajectory by which children’s default representations of people begin to favor whiteness and maleness over other identities,” it says.

The National Institute of Health (NIH), the government agency that awarded the grant, told Fox News that the research will test whether this belief is established early in development, or is a reflection of their own-gender biases that may shift in middle childhood. It also said the funding is to “help postdoctoral students gain the research skills needed to eventually become independent researchers.”