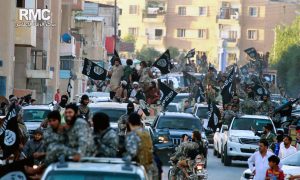 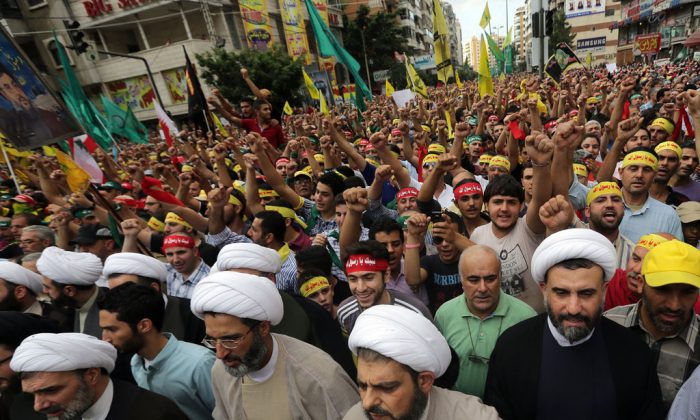 Hezbollah: In Syria for the Long Haul

As Syrian President Bashar al-Assad gazes across Damascus from his palace on Mount Qasioun, he can be grateful to his Russian, Iranian, and Hezbollah allies that he is still in a position to enjoy such a view.

In early 2013, it looked as though Assad’s desperate two-year bid to cling to power was coming to an end as rebel forces closed in on central Damascus, preparing for a grand “spring offensive” that was supposed to bring the regime down. The turnaround in Assad’s fortunes was due to the decision of his allies to safeguard his regime with all means at their disposal. For Hezbollah, that commitment involved sending several thousand fighters into Syria in its biggest strategic shift since it emerged as an Iran-supported anti-Israel resistance in the war-torn Lebanon of the early 1980s.

Hezbollah’s well-trained fighters helped reverse the tide of the conflict by seizing the town of Qusayr in the Homs Province in June 2013 before moving on to secure the strategic Qalamoun region north of Damascus. Today, Hezbollah fighters are deployed across western Syria from Aleppo in the north to Daraa in the south.

Hezbollah may be the most formidable non-state armed actor in the world, but its intervention in Syria over the past two years has forced the party to learn how to cope with a set of military challenges for which it has had little prior experience. Until Syria, Hezbollah had always focused on only one enemy – Israel – and fought it in one geographical environment, namely the hills and valleys of south Lebanon. Over the years, Hezbollah developed a set of tactics and skills designed to level the playing field against the Israeli Army’s conventional superiority with its massed armored divisions, powerful air force, and technological edge. To defeat Israeli tanks, Hezbollah acquired top range Russian anti-armor missiles. To evade the Israeli air force, Hezbollah dug complex bunker and tunnel networks beneath the hills of south Lebanon. To place pressure on the Israeli government during a time of war, Hezbollah pounded Israeli towns and cities with rockets fired from a variety of cunningly disguised launch pads.

But in Syria, the enemy Hezbollah faced and the combat environment were very different from what it was used to. Bunker networks and long-range rockets are of little use against lightly-armed rebel fighters who, like Hezbollah’s cadres, seek inspiration from the Qur’an and have earned valuable combat experience after three years of fighting the Syrian Army. Furthermore, Hezbollah has had to learn how to fight in a variety of geographical theaters far removed from the comforting familiarity of south Lebanon, such as flat agricultural terrain of orchards and wheat fields, semi-desert landscapes, barren mountains, and the narrow streets and alleyways of Syrian towns and cities. In south Lebanon, Hezbollah traditionally fought in small units of around five men. In Syria, Hezbollah is deployed in larger formations and often fights alongside other units such as the Syrian Army and loyalist National Defense Force militia. In south Lebanon, Hezbollah cadres cross terrain on foot or by off-road rally bikes. In Syria, Hezbollah fighters sometimes operate tanks and “Shilka” mobile anti-aircraft guns. Hezbollah has a small fleet of pilotless reconnaissance drones and has flown some of them on surveillance and attempted attack missions in Israeli airspace. In Syria, Hezbollah has gone a step further and calls in air strikes by the Syrian Air Force against rebel positions.

Nicholas Blanford has been a correspondent for The Christian Science Monitor since 2002. He has lived in Beirut since 1994 and is author of “Killing Mr. Lebanon: The Assassination of Rafik Hariri and its Impact on the Middle East” (2006) and “Warriors of God: Inside Hezbollah’s Thirty-Year Struggle Against Israel” (2011).