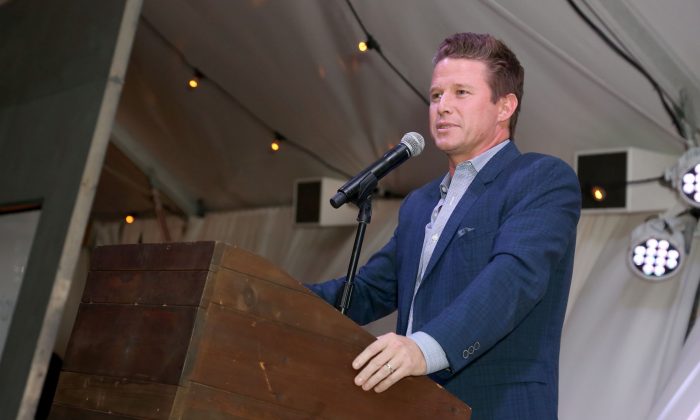 Billy Bush at The London West Hollywood in West Hollywood, California on Oct. 29, 2015. NBC News fired Bush after the tape of Trump and himself making lewd comments surfaced on Oct. 17. (Rachel Murray/Getty Images for imagine1day)
Entertainment

He’s Fired—Billy Bush Out at ‘Today’

Billy Bush has been fired from the “Today” show.

The Oct. 17 announcement was confirmed by NBC executive Noah Oppenheim, who sent a memo to staff members about Bush’s firing after several days of tough negotiations.

“Billy Bush will be leaving the TODAY show’s 9am hour, effective today,” Oppenheim wrote. “While he was a new member of the TODAY team, he was a valued colleague and longtime member of the broader NBC family. We wish him success as he goes forward.”

Bush, 44, joined the show’s third hour slot in May after replacing Natalie Morales, who relocated to Los Angeles to replace him on “Access.”

Bush issued his own statement, where he expressed gratitude for an outpouring of support.

“I am deeply grateful for the conversations I’ve had with my daughters, and for all of the support from family, friends and colleagues. I look forward to what lies ahead,” Bush said.

The settlement with NBC did not include a non-compete clause, which means Bush can work at any of the networks. CNN Money reported that the nephew of former President George H.W. Bush, isn’t in a rush to obtain work and is unlikely to speak publicly until after Election Day. Other details of the settlement were not disclosed.

Billy Bush’s Lawyer Marshall Grossman: Bush Was Between a Rock and Hard Place

Bush can be heard on the tape laughing and appeared to egg Trump on as he spoke about groping women, a point Trump’s wife, Melania, made during an interview with CNN’s Anderson Cooper.

“I said to my husband that the language is inappropriate, it’s not acceptable, and I was surprised because that is not the man that I know,” she said on Oct. 17. “And as you can see from the tape, the cameras were not on.”

She added, “It was only a mic, and I wonder if they even knew that the mic was on, because they [was] kind of a, boy talk, and he was led on—like egged on—from the host to say dirty and bad stuff.”

Poll: Clinton Leads in Double-Digits After Release of Trump Tape