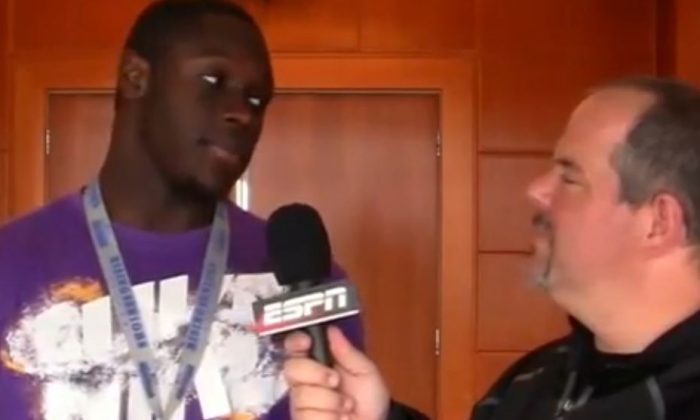 Milan Richard, during an interview with ESPN. (Screenshot/YouTube)
College Sports

Richard said his list has been narrowed down to Clemson, South Carolina, Ole Miss, or Vanderbilt, according to ESPN.

“It is a good day to commit because it is a month away, school will be out and I will have time to take two or three more trips to really finalize where I want to go,” said Richard. “Everyone is committing early now, so I realized that I need to because of numbers and really so I can recruit for my school.”

Georgia, a leading choice before, was left off the narrowed-down list because they just accepted a commitment from tight end Jeb Blazevich.

Richard, a 4-star tight end from Savannah, is the nephew of football legend Herschel Walker, who is also Georgia’s best football player ever.