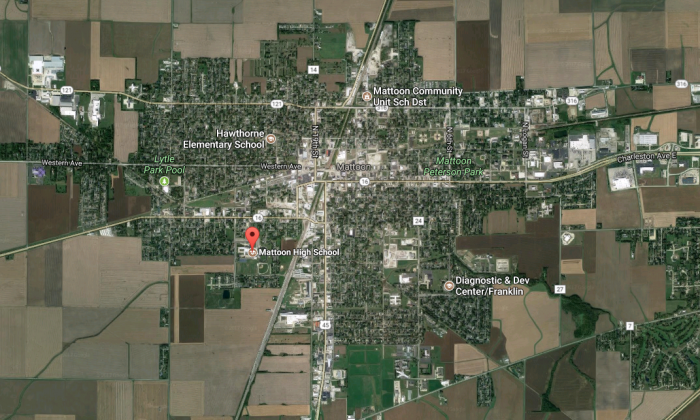 An Illinois High School teacher has been hailed a hero after she subdued a student armed with a handgun on Wednesday, Sept. 20.

Students saw maths and physical education teacher Angela McQueen tackling the gun-wielding student, pushing his hands up so the gun shots fired toward the ceiling of the cafeteria.

One student was hospitalized according to the school’s superintendent, Larry Lilly.

Shortly afterward, Mattoon Police Chief Jeff Branson credited McQueen’s actions, per CBS News. “If that teacher had not responded as quickly as they had, I think the situation would’ve been a lot different,” he said.

Mattoon High School, that has around 1,000 pupils, said it was “humbled and overwhelmed with the well wishes and offering of assistance locally.”

Angela’s mother, Barbara McQueen said her daughter acted on a “gut reaction”, per the Chicago Tribune and described her daughter as “a very quiet person and does not like the limelight.”

McQueen’s parents just commented on their daughter’s character and her quick instincts. Police have asked people not to comment on the shooting itself, said reports.

“We are here to tell everybody about her character and that she was born on the altar,” her mother said. “Angela was there to clean up Satan’s mess. We couldn’t be any more proud of her and her three sisters.”

“With the situation that happened and what she did, she would never brag about it or want others to know about it because she is so humble,” Hines said.

“We’d all like to think we would have reacted that way, but I don’t know that a lot of people would have,” Hines told the newspaper.

The gunman appeared in court on Thursday, Sept. 21, before Circuit Judge Mitchell Shick, the Herald & Review reported. The teen suspect is charged with aggravated battery with a firearm, and officials believe he acted alone. The judge ordered a mental health evaluation for the teen.

He remains unnamed as the court does not allow the identification of juvenile suspects.

Around 250 to 300 pupils returned to the school the day after the shooting, the news outlet said. While shaken they were thankful for the McQueen’s heroic actions.

Lilly, posted an update on Facebook about the hospitalized schoolboy.

“With permission from his father, I can share that his son is smiling, in stable condition, in good spirits, and joked about catching some slack on his grades,” Lilly said. “The victim’s father also passes along his prayers for the shooter’s family,” he added.