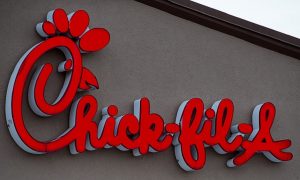 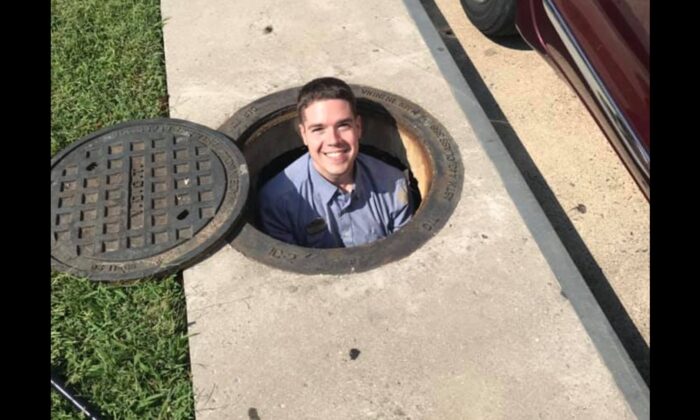 A kindhearted Chick-fil-A employee who was off-duty made a customer’s day when he jumped down a storm drain to retrieve her phone.

Shauna Hall made a stop at the fast food restaurant in Stafford, Virginia, and accidentally dropped her iPhone, which “bounced” into a storm drain nearby as she was getting her son out of her van, she recalled in a now-viral Facebook post.

She added that she panicked as she had just paid off the phone and purchased a new phone case a couple of days earlier.

“After a moment of losing my freakin[g] mind, I lay on the ground, placing my head best I can between my van and the drain, looking into the dark abyss to see if by any chance it has landed somewhere I can reach,” she wrote. “Of course it has not.”

She said she felt as thought she was about to “puke and cry,” so she tried to ask for help at the Chick-fil-A branch.

After chatting with the manager, an employee, Seth Ratliff, the store’s Digital Marketing Director, offered to help Hall out “without hesitation and in his uniform.”

“The manager comes over to talk to me and is very friendly but unsure how to help. Just then another employee behind her says he is going to grab a grab-stick and a mirror to try and help.”

Ratliff lay on the ground in an attempt to find her phone, Hall said, and that’s when they both realized it had fallen “dead smack in the middle, down the actual drainage hole.”

After failing the first time, Hall said they went back inside as her son was hungry. She added that at this point she was in disbelief but Ratliff approached her again and told her he had refunded her meal completely as he knew she was having a tough day.

“He then offers his personal phone for me to use if I want to call anyone but I know no numbers by heart,” Hall wrote.

Ratliff then made a second attempt to rescue her phone.

“We notice the manhole cover over top the drain is not bolted so we try to lift it. It’s really heavy so he does most the lifting and ends up slicing his finger open,” she continued.

Hall said he quickly ran back into the store to clean his wound, then removed the manhole cover.

“After trying to reach it with his grab-stick then dropping his stick, he tells me it’s a manhole for a reason and he is going down.”

“He then climbs down into the hole and retrieves my phone which miraculously is not broken or wet. I was so thankful I freaking hugged him. Not only did he slice his finger and was filthy from laying on the ground and climbing in the hole, I find out he had actually just gotten off shift and was still willing to help me.”

Hall concluded the post by describing Ratliff as her “hero” and “favorite Chick-fil-A employee.”

“As he was about to climb out of the hole he asked me to snap a picture so he could show his girlfriend what he did at work today.”