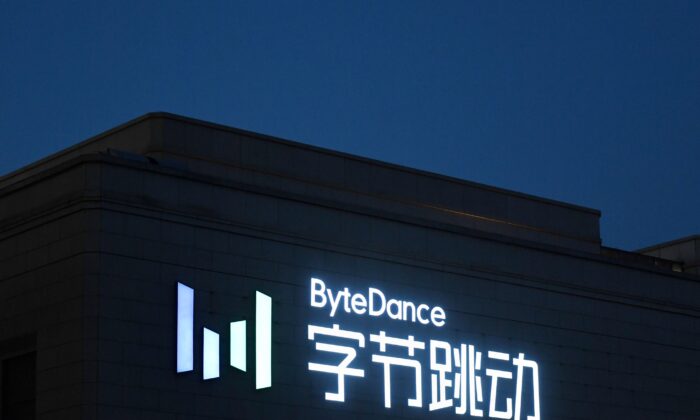 The headquarters of ByteDance, the parent company of video sharing app TikTok, is seen in Beijing on September 16, 2020. - Silicon Valley tech giant Oracle is "very close" to sealing a deal to become the US partner to Chinese-owned video app TikTok to avert a ban in the United States, President Donald Trump said on September 15. (Photo by GREG BAKER / AFP) (Photo by GREG BAKER/AFP via Getty Images)
US

A former Facebook counterterrorism expert who is now a Heritage Foundation technology scholar has a “road map” of “aggressive reforms to ensure that Big Tech is held accountable, provide scrutiny and oversight, and constrain its ability to reshape society.”

Kara Frederick researched and developed her report—“Combatting Big Tech’s Totalitarianism: A Road Map”—to help the public understand “what is coming down the line … this progressive encroachment upon our rights that is going to be visited on Americans by private corporations in league with the government, as we are seeing today,” she told The Epoch Times on Feb. 8.

“Unless we arrest the progress we are seeing, we are headed for a very dark place.”

Frederick’s report focuses on a wide spectrum of principles for reforms in antitrust law and regulation, as well as how firms such as Google, Facebook, Apple, and YouTube can and can’t manage digital content on their sites, customer targeting, and analytics.

The report includes 23 principles that Frederick says should guide congressional reformers seeking to end Big Tech censorship, as well as preventing Silicon Valley from sharing its rapidly growing digital surveillance and intelligence-gathering capabilities with either the Chinese Communist Party (CCP) or firms linked to it.

Among the principles recommended by Frederick regarding the CCP are aggressive congressional investigations of Big Tech compliance with the Foreign Corrupt Practices Act and prohibitions on “entering joint ventures with companies directly tied to or beholden to the CCP.”

The principles also are focused on stopping the growth of domestic censorship by Big Tech acting at the behest, informal or otherwise, of elected and career government officials.

“As a practical matter, Big Tech companies can now control Americans’ ability to access information. Not all censorship is created equal. Censorship conducted at the cloud hosting infrastructure or Internet service provider (ISP) level severely curtails direct access to digital viewpoints and actors who run afoul of these providers,” Frederick writes in the report.

“By controlling these lower levels of the technical stack upon which many other layers (like digital platforms and applications) depend, a small group of unelected tech executives can pull the plug on entire companies—and with very limited recourse. No company’s board of directors doing business at any layer of the stack is insulated from political and public pressure to jettison specific viewpoints in today’s woke culture.”

The report cites multiple examples of how the major Big Tech firms have increasingly censored conservative, Christian, and other viewpoints that aren’t widely supported in Silicon Valley workplaces or among left-wing, progressive government officials and policymakers:

In August 2021, Facebook removed the Instagram account of a Gold Star mother who criticized Joe Biden after the death of her son, a U.S. Marine, during the Afghanistan withdrawal. Her profile on Facebook was “incorrectly deleted” from the main platform as well.

In December 2021, Twitter suspended the policy director of a pro-family think tank for supporting bans on the chemical castration and surgical mutilation of minors suffering from gender dysphoria.

In October 2021, U.S. Rep. Jim Banks (R-Ind.) was suspended from Twitter after referring to a transgender individual who was born male as a man.

In August 2021, Christian commentator Allie Beth Stuckey was suspended after writing on Twitter that transgender Olympic weightlifter Laura Hubbard is “a man” and that men “should not compete against women in weightlifting.”

In October 2020, Facebook suppressed details reported by the New York Post of a potential relationship between Joe Biden and a Ukrainian energy company that employed his son as a board member.

Frederick told The Epoch Times her worries are primarily focused on the rapidly expanding surveillance and biometric monitoring capabilities of Big Tech—in conjunction with government—that provide incredibly powerful tools to censor unapproved viewpoints. To counter such tools, she includes a principle requiring “data portability” for individuals.

“When I talk about data, and I think it’s important to put it in this context because this is where it’s going, I am talking about biometric data. So when you have a lot of facial recognition software platforms that are tracking your face, and algorithms that are refined using your facial features. That data is yours, that face interpreted with digital pixels with its unique digital fingerprint, that is yours.”

Biometric data isn’t only collected via facial recognition, she said, noting that TikTok, the video app created by the Chinese firm ByteDance that has become wildly popular in the United States, is among companies that compile biometric data about users, based on how they strike keys on their computer keyboards.

“Your keyboard strokes, how you actually hit your keys, your devices—that, again, is your data, that is biometric in nature, that is what I am talking about,” Frederick told The Epoch Times.

Frederick also noted that “when you have TikTok on your phone, it doesn’t necessarily mean that you have to be logged into the app, but they have access to your microphone. So anything you say they could potentially … be taking samples of your voice and using it to refine their voice recognition algorithms.”