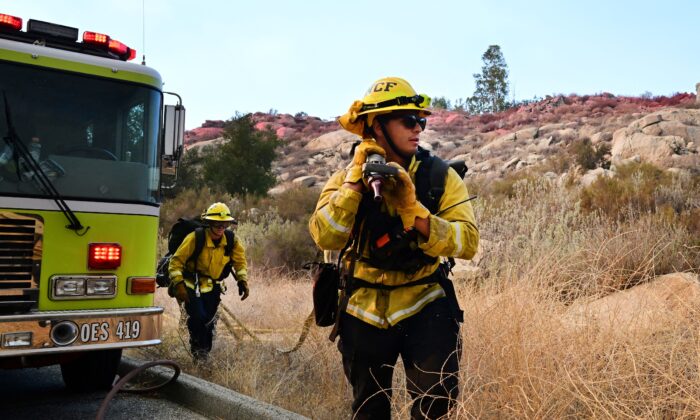 Across the country, it is not the mayors, municipal judges, city attorneys or city managers who are often the highest-paid municipal employees. Firefighters have become the top-paid employees due to a staffing model that triggers an enormous amount of overtime by mandating any absences must be filled regardless of need.

And for those willing to work the extra hours, the compensation can reward them with pay almost four times that of the firefighters’ base salary.

The overtime benefits more than just a handful of firefighters.

The staffing model used by fire departments all around the United States is referred to as “minimum staffing.” It is typically negotiated into union contracts and agreed to by city administrators and mandates that if any fire department employee is absent from a shift, that vacancy must be filled.

As a 2016 study of the Houston Fire Department staffing model explained, “Unlike operational firefighters, if an employee is absent for any reason from a non-emergency operations position in the fire department or from most general government positions, that position is simply vacant for the day.”

But within the Houston fire department, absences are filled usually with overtime if staffing levels fall below a prescribed level.

In 2019, the city of Santa Rosa, California, did an assessment of its fire department’s minimum staffing levels. Each Santa Rosa firefighter on average had 240 vacation hours a year that needed to be replaced, the equivalent of 30 eight-hour workdays.

“Compounding this problem is the incidences of unscheduled absences for sick leave, military leave, bereavement, jury duty, and time off for training, all of which create an additional physical burden on the remaining employees and a financial burden for the City to provide the funding for the added overtime costs,” the city’s study noted.

The study reported a typical 48-hour shift for a Santa Rosa firefighter would cost the city $1,651 at regular time but $2,477 at the overtime rate, or 50 percent higher. The study stated that the city paid $15.5 million in wages to the fire department in 2018 and an additional $6.1 million in overtime that year.

In Santa Clara County in California, a Civil Grand Jury investigated minimum staffing in that county in 2011 and recommended ending the practice. The investigation reported that city managers and fire chiefs within the county “generally agreed that fire department operations as currently configured are unsustainable.”

“Contractually based minimum staffing requirements are not warranted and hinder fire chiefs in effectively managing firefighter staffing to meet time of day, day of week, season of year demand. This wastes money and may drive station closure as budgets continue to erode,” the grand jury stated.

The grand jury also recommended that any city within the county that have minimum staffing requirements in union contracts “should reopen negotiations with the unions to eliminate this term and any other term that limits a fire chief’s ability to ‘right-size’ staffing given the time of day or time of year.”

“Las Vegas Fire and Rescue does have a staffing approach that ensures that units are staffed with a minimum of four staff. This methodology is a best practice in the fire service and allows firefighters to operate safely while providing great service to our residents,” said Jace Radke, spokesman for the city of Las Vegas. “In terms of the gross pay and some of the larger numbers for firefighters, this is largely due to overtime costs.”

Houston uses minimum staffing requirements based on the model put forward by the National Fire Protection Association, a nonprofit that advocates for firefighters.

Curt Floyd, a retired deputy fire chief who works for the National Fire Protection Association, said the minimum staffing recommendations “are based on studies done to determine the efficiency levels of operations conducted with different numbers of on scene staff with safety being the focus.”

“There are overtime costs in many communities that have career responders and that is often due to lack of staffing from various causes,” Floyd said in an email. “The minimum staffing requirements are typically a decision that is made via contract negotiations and established operational procedures that vary from department to department.”

The city of Santa Clara didn’t respond to an email seeking comment.

By Tom Gantert and Brett Rowland