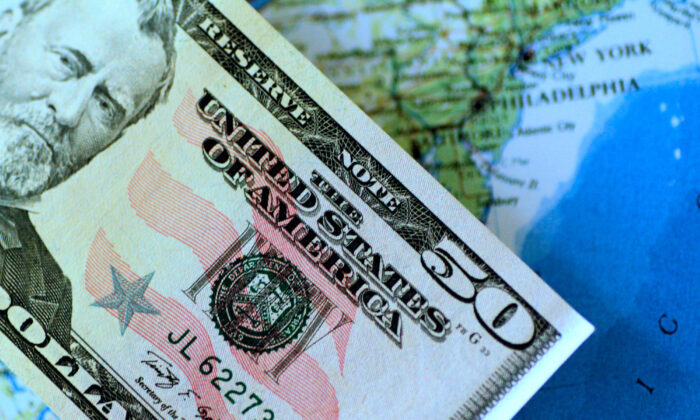 A $2 trillion stimulus bill passed last month includes payments of up to $1,200 for people who make less than an earnings cap, but some people won’t be able to receive the checks.

It includes some college students, immigrants who don’t have Social Security numbers, and some elderly or disabled adults. One of the major groups includes adults who are claimed as a dependent on another person’s taxes for various reasons.

The package was passed last month by Congress amid business shutdowns and mass layoffs in an attempt to curb the spread of the Chinese Communist Party (CCP) virus.

But if someone is claimed as a dependent on another person’s taxes, they won’t get a check. Parents will get an extra $500 payment per child—but only for kids under 17, meaning that many 17-year-olds, some young adults, and a number of college students who are claimed by their parents as dependents on their parents’ taxes will not get an extra $500 or the $1,200 stimulus checks.

“A taxpayer is allowed to claim a full-time student between the ages of 19 and 24 as a dependent, so the parent will not get $500 for a college student, nor can the college student generally claim $1,200,” Janet Holtzblatt, senior fellow at the Urban-Brookings Tax Policy Center, told CNBC.

Individuals who get disability benefits from the Social Security Administration or Veterans Affairs can get the $1,200 payments. Disabled adults who are claimed as dependents by their parents or relatives on their taxes will not get the checks, says the Center on Budget and Policy Priorities (CBPP).

Seniors who are living with their children who are on Social Security or make less than the income gap can get the $1,200 cash deposits. But seniors who live with their adult children or other relatives and are claimed as dependents on their relatives’ or children’s taxes will not receive payments.

Immigrants who were not given a Social Security number—including those with green cards and those on H-1B and H-2A visas—will not receive checks. Nonresident aliens, temporary workers, and illegal immigrants also won’t receive checks.

Babies who were born in 2020 will not receive checks as the payments from the federal government are based on 2019 and 2018 taxes. Parents will receive $500 credits next year when they file their 2020 taxes.

To qualify for a direct payment, one has to have a Social Security number, meet the adjusted-gross-income thresholds, and file your taxes either independently or jointly with a spouse.

The IRS will then calculate and automatically send the payment, with no action required by most Americans. For Americans who have not yet filed their returns for 2019, the IRS will use information from their 2018 tax filing.