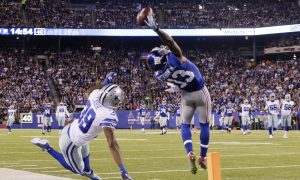 Have you checked your Twitter today? After all you wouldn’t want to miss on important updates, breaking news, fresh trends and all the incessant chirping that wields the power of relevance.

Yet how relaxing to dive back to 2006 when just-born Twitter took its baby steps of 140-character interaction.

Browsing through the magical Wayback Machine, we can peek through the time to Nov. 27, 2006, one of the first snapshots of Twitter page the internet archive provides.

“A global community of friends and strangers answering one simple question: What are you doing?” the Twitter home page stated. Obviously, we’re past this one simple question now. But one can’t deny the early tweeters a certain trail-blazing charm.

“Mike Stickel hasn’t done much today besides cleaning out his closets and watching movies. I think I need to get out more often,” shared the above mentioned on Dec. 3, 2006 with about 20 followers.

To compare, Twitter co-founder Jack Dorsey had 90 followers at the time. That was eight months after creating his account with the prestigious Twitter handle @Jack. Today he has 2.89 million followers.

“Excited to send the first google talk from my new blackberry perl,” shared tech entrepreneur Chris Jackson on Nov. 16, 2006. Little did he know, iPhone was to be released seven months later.

And Matthew Knight, a.k.a. @webponce, informed us in a true spirit of social interaction that “bleurgh. got a real nasty cold :-P” on Nov. 9, 2006.

Just to make a point of how far we’ve gone, on March 15, 2015, Matthew Knight tweets that “[w]earables don’t need to be screens” and “Tache is going full hipster.” We have no idea who Tache is.

And who said 140 characters wouldn’t allow for the craft of storytelling?

“Got home from work and I met an awesome girl. She’s as nerdy as I am…maybe more ;D I think I’m in Love,” tweeted Rich, a.k.a. @Sunspot. We’d very much like to confirm if it worked out for Rich, but unfortunately he never shared his last name and stopped tweeting in 2008. That’s a true alternative spirit: to join and quit before it gets popular.

Got home from work and I met an awesome girl. She’s as nerdy as I am…maybe more ;D I think I’m in Love.

But even a decade apart, some things just stick around. Just check this out: