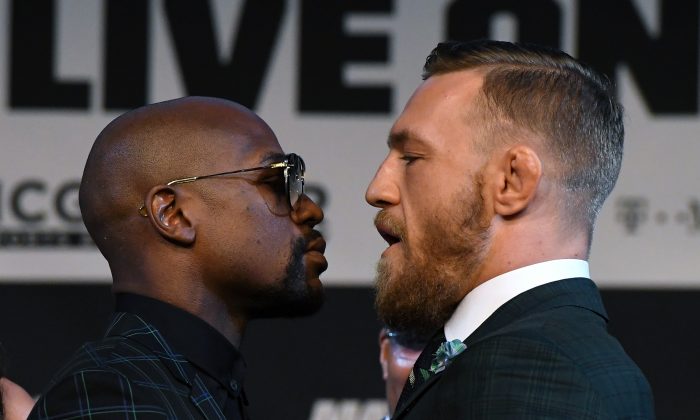 Floyd Mayweather has spent every single night at a gentlemen’s club before his bout with Conor McGregor—estimated to be the richest fight of both men’s careers.

Mayweather owns the club, the Girl Collection in Las Vegas, which he opened a few months ago.

Mayweather said that he doesn’t smoke or drink, but he spends time at the club to unwind. He trains at his Mayweather Boxing Club late in the evening and heads there, Yahoo Sports reported.

“I sleep nine or 10 hours,” Mayweather told the website.

McGregor, for his part, commented on Mayweather’s week.

“He’s so cool, isn’t he, at the strip club a couple days before the fight?” McGregor said. “Who gives a bollocks, mate? I’d say the place stinks. Looking at it on ‘All Access,’ it stinks.”

“No disrespect to the people who are in there,” McGregor added.