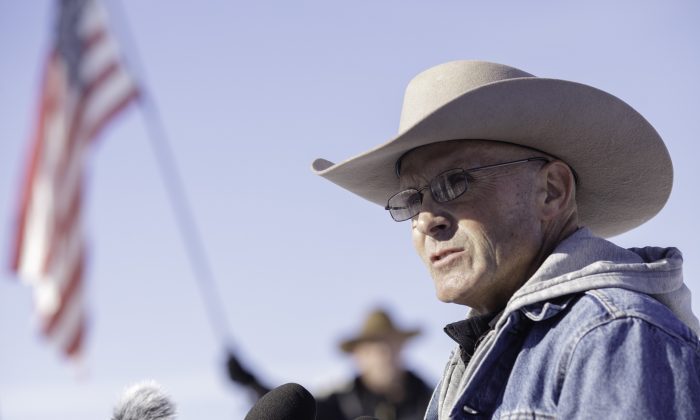 Robert “Lavoy” Finicum was shot by police on Tuesday night, becoming the first death in the Oregon standoff.

Finicum was the unofficial spokesman for the armed group that took over the federal buildings at the Malheur National Wildlife Refuge.

The 55-year-old father of 11 was part of the group who left the refuge on Jan. 26, headed for a nearby meeting with area residents.

But the FBI and local police stopped the vehicles at a roadblock. By the end, shots were fired and Finicum was dead. Eight others were arrested, including Ammon Bundy and his brother Ryan, who was shot in the arm.

There are still conflicting accounts on who shot first and how the situation unfolded.

Finicum conducted an interview with the Oregonian just a day before he died, in which he said he was prepared to die and said he would not go to jail.

“I have been raised in the country all my life. I love dearly to feel the wind on my face. To see the sun rise, to see the moon. I have no intention of spending any of my days in a concrete box,” he said.

Holdouts in Oregon Siege Offer to Leave If None Are Charged

“I have no intention of spending any of my days in a concrete box. There are things more important than your life and freedom is one of them. I’m prepared to defend freedom.”

Earlier in the month, Finicum was interviewed by MSNBC, becoming one of the faces of the group.

Official: Oregon Militia Leader Reached for His Gun Before Police Killed Him