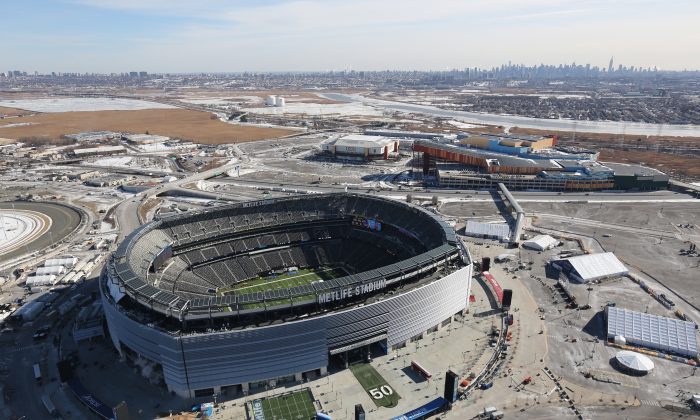 Here’s How Much the NFL Gets in Taxpayer Dollars

The NFL is under fire after a few hundred players took a knee in protest during the national anthem. Some fans and non-fans were left incensed by the move, with the CEO of a company going so far as to call it “unpatriotic” and pull ads.

Now, it has shed light on a phenomenon that many taxpaying Americans are not aware of.

According to a report from the Daily Signal, the NFL took in about “$7 billion of taxpayer money” for stadium building and renovation. It cited a Watchdog.org report for that information.

A study from the Brookings Institution think-tank found that taxpayers subsidized the construction of about 36 stadiums for a cost of $3.2 billion since 2000, the Signal reported.

“Tax-exempt municipal bonds are typically reserved for public-use projects such as bridges, water systems, and other infrastructure,” Michael Sargent, an infrastructure expert at The Heritage Foundation, wrote for The Daily Signal. “Yet because of a loophole in the tax code, private-use stadiums can take advantage of this tax break, and have done so prolifically.”

An ESPN report from March 2017 found 21 new stadiums were built and three others were heavily renovated due to an “estimated $6.7 billion in public money.”

“Between 2000 and the start of the 2020 season, the NFL will have opened 16 new stadiums with the help of $5 billion in public contributions. Two of those stadiums didn’t factor in that $5 billion — MetLife in New Jersey and the in-progress megastructure near Los Angeles — because they were financed with 100 percent private money,” the report stated.

Meanwhile, in that same time frame, the Chicago Bears and Green Bay Packers used $557 million in public money to rebuild stadiums. The Kansas City Chiefs got $262 million for a major renovation of Arrowhead Stadium in 2011, ESPN said.

“But if you take the long-term view, [repairs are] a constant thing. Owners and cities and fans need to understand that. If you build a house, it’s not like you never ever do anything to the house for the next 30 years. You have to pay attention to it. It has to be a constant [maintenance]. Everybody’s got to pull on those oars,” Eric Grubman, the NFL’s executive vice president, told the network.

Some members of Congress are taking note.

There’s an often-repeated claim that sports teams bring money to local economies, but professors Robert A. Baade and Victor A. Matheson say the evidence doesn’t back it up.

“While it is undeniable that sports fans around the country and around the world spend significant sums on spectator sports, in the absence of such entertainment opportunities, their spending would be directed elsewhere in the economy. A night at the ballpark means more money in the players and team owner’s pockets, but it also means less money in the pockets of local theater or restaurant owners,” they wrote.

“Far from pumping money into the local economy, stadium subsidies are merely shifting money from ordinary taxpayers to large corporations. We’re taking money away from some parts of town so that business can boom closer to the stadium. And the small increase in tourism that the stadiums generally attract doesn’t come close to covering what the public pays to make it happen. It’s a false investment that we’re being forced to make, and it’s no wonder we’re not seeing a return.”