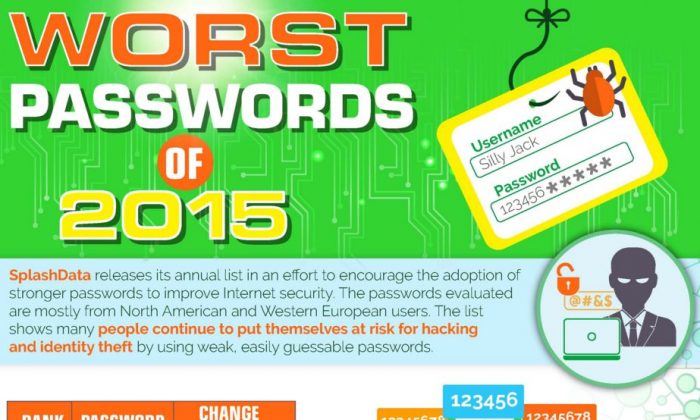 Here Are the Passwords You Should Never Use

But the worst for 2015 were “123456” and “password,” which tend to make every year’s list, which, according to the company, is “compiled from more than 2 million leaked passwords during the year.”

As in past years’ lists, simple numerical passwords remain common, with six of the top 10 passwords on the 2015 list comprised of numbers only.

The company said that it has seen an effort by people to make their passwords more secure by adding more characters, but if the longer passwords are simply based on simple patterns, it’s basically useless.