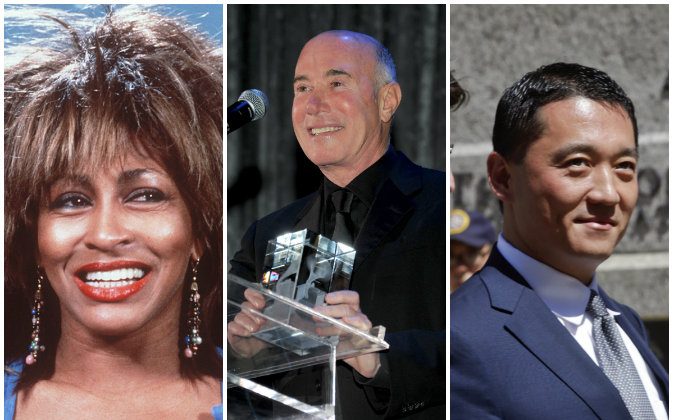 American names have popped up in the massive Mossack Fonseca leak that was released on April 3, including retirees, a hollywood magnate, a singer, and a book author.

The names of Americans that are linked to the Panama Papers were released by McClatchyDC, who is working in collaboration with the International Consortium for Investigative Journalists.

The records, which date back 40 years, do not include politicians, but there are retirees, scammers, and tax evaders linked to Mossack Fonseca. In four different instances, the Panamanian law firm helped set up offshore companies for Americans who are now accused or convicted by federal authorities of serious financial crimes, including securities fraud and Ponzi schemes.

According to McClatchy, in some cases, the companies created through Mossack Fonseca were linked to fraudulent activities, while others were unclear.

The Panama Papers had at least 200 U.S. passport records and 3,500 shareholders with U.S. addresses. Almost 3,100 companies are related to offshore professionals in Miami, New York, and other locations in the United States.

The leaked data also shows some U.S. citizens with dual citizenship opening accounts using their foreign passports. Among those Americans named in the Mossack Fonseca breach are retirees purchasing real estate in locations like Panama and Costa Rica.

Businessman Robert Miracle from the state of Washington, popped up in the Panama Papers, according to McClatchy. Miracle was indicted for a $65-million Ponzi scheme in Seattle, which involved investment in oil fields in Indonesia. He used new investors’ money to pay off previous investors. After an FBI investigation, Miracle was sentenced to 13 years in prison on March 13, 2011 having pleaded guilty to wire fraud and tax evasion.

His company, Mcube Petroleum, had been an active shareholder in various offshore companies created by Mossack Fonseca in the British Virgin Islands.

Wey was indicted in 2015 over securities fraud, with the concealment of true ownership interest in publicly traded companies at the center of the charges. His Swiss banker, Seref Dogan Erbek, was also indicted.

The two “are believed to have profited in the tens of millions, while victim shareholders were left holding the bill,” Diego Rodriguez, an FBI official involved in the case, said at the time of indictment, according to McClatchy.

Self-published author John Michael “Red” Crim, who wrote the books “From Here to Malta,” and “I’ve Been Arrested, Now What?” has also been linked to the Mossack Fonseca.

Crim was convicted in 2008 in Philadelphia along with two associates for plotting to have investors use phony trusts to cheat the IRS out of roughly $10 million in tax revenue.

“My responsibility is to set-up the documentation, hand it over to the client, and now they’re in business,” Crim said about how he brought businesses to the Panamanian law firm and other corporate agents, wrote McClatchy quoting its project partner Fusion, which did an interview with Crim last February.

“I don’t even know sometimes what that business is about, and I didn’t want to spend all my time investigating what they’re doing. I mean, some of (them) just flat out would tell you it was none of your business,” he added.

The Panama Papers revealed Igor Olenicoff, a billionaire from Florida, as a shareholder of Olen Oil Management Limited. The real estate magnate was sentenced to two years of probation in 2007 for tax evasion. Olenicoff paid a $52-million fine after not declaring more than $200 million in offshore companies. In 2014, he was found guilty of making replicas of expensive sculptures.

Meanwhile, internet phone company executive Jonathan Kaplan had an offshore account with Mossack Fonseca, which federal authorities did not know about. Kaplan set up an offshore company in the British Virgin Islands in 2004 called SGA Wireless, which remained active until May 2010.

Kaplan pleaded guilty in 2007 in Connecticut to accepting more than $400,000 in a bribery scheme, and was sentenced to probation, according to McClatchy.

Although the American names are not as well-known like public figures Vladimir Putin, Argentine President Mauricio Macri, and Iceland Prime Minister Sigmundur David Gunnlaugsson, some ask why there aren’t more Americans mentioned in the data. However, the editor of Süddeutsche Zeitung, the German paper which received the leaked data by an anonymous source, said that people are going to have to wait to see what comes next.

Editor of Süddeutsche Zeitung responded to the lack of U.S. individuals in the documents, saying “Just wait for what is coming next”

Kevin Hall from McClatchyDC also said there is more to come with regards to Americans linked to Mossack Fonseca.

“We have a series of stories running for the next several weeks and the Americans will feature in that,” said Hall.

“I don’t think you’re going to see the kind of big names like Vladimir Putin for a variety of reasons,” he added.

There will be some recognizable names though, for example, hollywood mogul David Geffen and superstar Tina Turner.