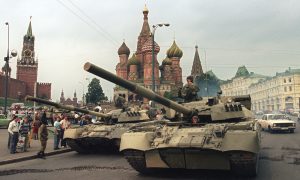 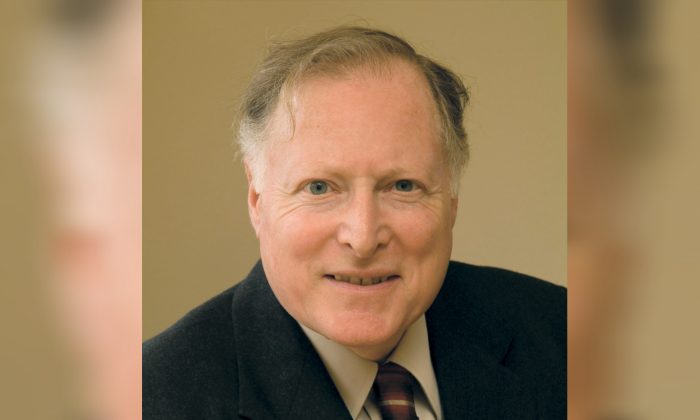 A great American has left this earthly life.

A cynic might say that the laudatory phrase “great American” has been cheapened by overuse; however, I prefer to acknowledge with gratitude that our country has been blessed by an abundance of truly great people. Whatever the cutoff point is for greatness, Herbert E. Meyer, who passed away on June 23, was most definitely a great American.

Before I continue with this tribute, I should point out that I will refer to this great man simply as “Herb,” because that was how I knew him. I attended three of his speeches at Grove City College and by the last one in 2016, we chatted like old friends.

More than anything else, Herb deserves to be remembered for playing a key behind-the-scenes role in implementing President Ronald Reagan’s Cold War policies—the famous “we win, they lose” strategy.

Recruited by Reagan’s CIA director, William Casey, as his “special assistant” during Reagan’s first term, Herb also served as the vice chairman of the CIA’s National Intelligence Council. From that perch deep within the U.S. intelligence bureaucracy, Herb proved to be an iconoclast and a prophet. On Nov. 30, 1983, he presented Casey with an eight-page, single-spaced memo, in which he stated, “the Soviet economy is heading toward calamity,” “The Eastern European satellites are becoming more and more difficult to control,” “time is not on the Soviet Union’s side,” and the bold prediction, “if present trends continue, we’re going to win the Cold War.”

You know the old saying about hindsight being 20/20. Today, the accuracy of Herb’s analysis is undeniable. In November 1983, however, he stood alone as the first U.S. intelligence official to predict the demise of the USSR. Herb’s startlingly unique prediction was met with incredulity and vehement disagreement by almost everyone else in the CIA and the U.S. intelligence community. Remember, in the early 1980s, the CIA routinely reported to the president that the Soviet economy was thriving. In that context, it wasn’t surprising that when Herb’s memo was leaked, there was tremendous backlash. According to Reagan biographer and Cold War historian Paul Kengor’s account, Casey called Herb into his office and told him bluntly that he had “the smallest fan club in Washington.” After Herb blanched, Casey smiled and said: “Relax. It’s me and the president.”

Herb’s memo estimated that the Soviet Union would collapse or expire within 20 years, while the official consensus was that the USSR would continue to be a formidable rival for several more generations at least. Reagan, however, with his knowledge of Austrian economics, knew that the centrally planned Soviet economy had to be decrepit, despite its carefully burnished image, and so, he was in full agreement with Herb’s assessment. As it turned out, the Soviet Union folded a mere eight years and one month after Herb’s prescient memo.

One of the keys to Herb’s success was his ability to think outside the box. Our national intelligence bureaucracy was staffed predominantly with highly intelligent, patriotic Americans, and Herb never said an unkind thing about the intelligence professionals who had disdained his unorthodox opinions. However, they were stuck in the institutional rut of focusing entirely on the Soviet Union’s strengths. Since President Reagan’s goal was not to coexist with this evil, malevolent, life-destroying empire, but to defeat it, Herb and Casey recognized the need for a fresh approach. They redirected the focus of intelligence gathering and processing to learn more about the Soviets’ weaknesses. As those weaknesses became increasingly clear, Reagan knew what policies to pursue to exploit them. The result was nothing less than victory in the Cold War. To defeat a heavily armed enemy without significant loss of life was surely America’s greatest foreign policy victory of the 20th century, and Herb’s contribution to that achievement was indispensable.

One of the most fascinating facts about Herb’s life was how he suddenly became a high-ranking CIA officer in his mid-30s without any prior experience. Casey recruited him from his job as an associate editor at Fortune after reading a number of his articles. I don’t know exactly what attributes Casey saw in Herb’s prose, but I imagine they included the clarity of his thinking, acute discernment, an ability to see the big picture, a sound moral core, and a basic decency. (To any young students out there wondering if writing really matters, take a look at the life of Herb Meyer. Excellent writing can lead to some amazing opportunities.)

Those same sterling qualities were manifest in Herb’s public speeches and interviews. Every time I heard Herb speak, I was enthralled, and I can tell you that after decades of listening to speeches, very few speakers have that effect on me. Herb was extremely winsome on stage—quietly cheerful, imbued with a sunny, optimistic demeanor, gifted with a relaxed but riveting storytelling skill, and an effortless ability to synthesize a great amount of information.

Herb might have been a “Cold Warrior,” but he was a very warm human being. Several times I have incorporated into my own public lectures a brilliant vignette about Jonas Salk (inventor of the polio vaccine) that Herb shared with students at my college. Several decades ago, Herb spoke with Dr. Salk a few days before the latter’s death. In answer to one of Herb’s questions, Dr. Salk’s told him that what concerned him most about America’s direction was that it appeared that we as a people were beginning to forget important truths that we once knew.

Thanks to modern technology, you still can listen to, read, and learn from this wise and erudite thinker. Herb’s concise, penetrating, insightful books are available at StormKingPress.com. You can find various talks on YouTube. And if you have time, check out this 75-minute talk at Grove City College in 2009.

During his life, Herb was honored with the intelligence community’s highest award, the U.S. National Intelligence Distinguished Service Medal. May we now honor him in death by appreciating the uncommon wisdom of this distinguished American patriot.