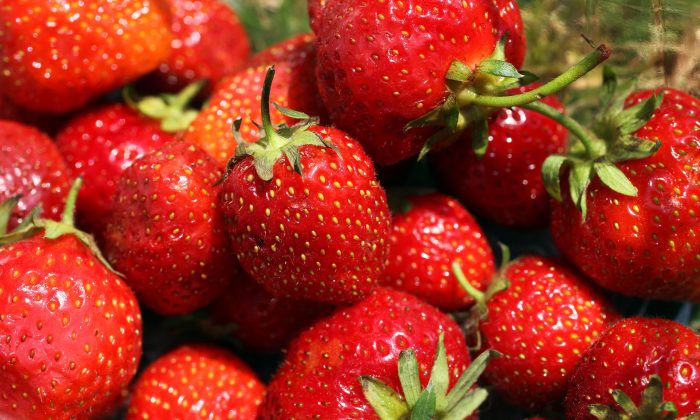 Hepatitis A From Egyptian Berries Infects 50 in Four States

MARTINSBURG, W.Va.— A hepatitis A outbreak linked to Egyptian strawberries has grown to more than 50 cases in four states.

A health official in West Virginia says three confirmed cases in the state’s Eastern Panhandle are linked to frozen berries used at a Tropical Smoothie Cafe in Martinsburg, and another case is under investigation.

Jefferson County Health Department physician director David Didden told The Journal that cases linked to the cafes in Virginia, Maryland and North Carolina are being investigated as well.

Virginia health officials have confirmed at least 40 of the viral infections, which can damage the liver.

Tropical Smoothie Cafe representative Peyton Sadler said the contaminated strawberries have all been pulled, and now they’re using strawberries from California and Mexico.

RICHMOND, Va.—Virginia health officials say there are now 40 confirmed cases of Hepatitis A that are connected to frozen strawberries used at Tropical Smoothie Cafe locations across the state, up from 28 cases less than a week ago.

The Virginia Department of Health said in a news release Monday that about 55 percent of the infected residents have been hospitalized.

There are more than 500 of the smoothie franchises across the country, and Virginia is not the only state affected

All the potentially contaminated Egyptian-sourced berries were pulled from the 96 Tropical Smoothie Cafe locations in Virginia no later than Aug. 8 or Aug. 9.

Officials say more cases could emerge, since some symptoms take as many as 50 days to emerge. The Hepatitis A virus affects the liver.