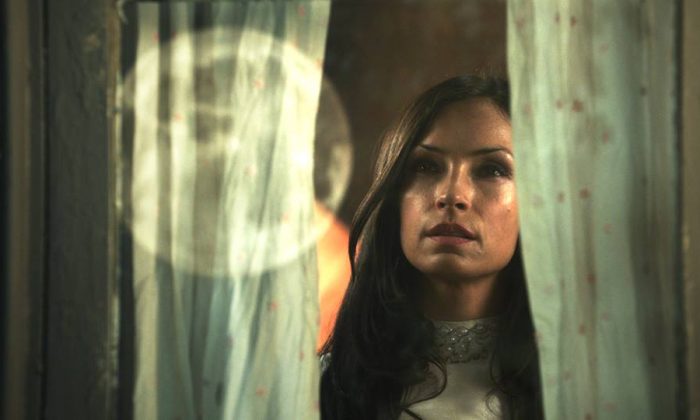 The release date for Hemlock Grove season 2 for Netflix will finally be announced soon.

“I’ll let you know when it’ll be ready for all you cats,” Liboiron added.

W. Andrew Powell of the blog The Gate further said, after taking a tour of the set and interviewing most of the cast members, that the season 2 release date will be announced “in a few weeks.” And that was on February 11.

He termed season 1 as “a warmup” and said that season 2 “is looking so so so good.”

“Get ready to be scared in ways you never expected,” he said in a statement.

Few details have emerged on the plot for season 2, but Roth gave a few hints to Hollywood Reporter before season 1.

“As much as I think Twin Peaks is my favorite show of all time, you can tell they never intended to solve Laura Palmer’s murder. I’ve talked about this to David Lynch and the network made him do it. And after that happened, they had to figure out a new mythology. We wanted to make sure that we had a long-term mythology that the murder at the beginning kicks off, and the murder is an excuse to dive into the world of this town of Hemlock Grove,” he said. ”Once that murder is solved, which it is, it opens up a much larger mythology that gets played out over several seasons. We wanted to write something that would be deep and that would give the fans something that’s worthwhile to dig into.”

Roth also said that as the series progresses, he may go back and change things in the previous seasons.

We also know that Charles H. Eglee, who previously worked as executive producer on “The Walking Dead” and “Dexter” wrote the script for the season finale, episode 10.