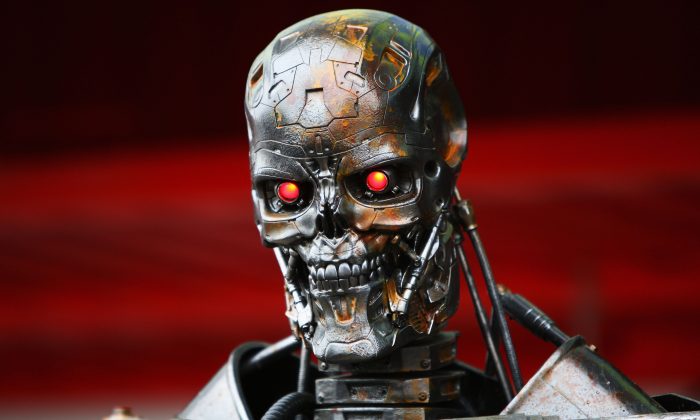 The Terminator robot is seen in the paddock following qualifying for the Spanish Formula One Grand Prix at the Circuit de Catalunya on May 9, 2009 in Barcelona, Spain. (Clive Mason/Getty Images)
Entertainment

He’ll Be Back, Again: A 6th Terminator Movie Is Coming

A sequel to 2015’s “Terminator Genisys,” the fifth film in the series, is in the works.

In an interview with Australia’s Channel 9, Arnold Schwarzenegger said “I am looking forward to it, absolutely,” when asked about a potential Terminator 6 movie.

A sequel to Genisys, known as “Terminator 2,” had been slated for release in 2017, and the film was supposed to be the first of a new trilogy, but Paramount Pictures pulled the film from its schedule in January, according to Deadline.

Genisys, which starred Schwarzenegger and “Game of Thrones” star Emilia Clarke, had performed poorly in the domestic box office, netting than $90 million against a budget of $155 million, and some assumed that the sequel had been cancelled, but the movie did well in foreign markets, and grossed more than $440 million worldwide.