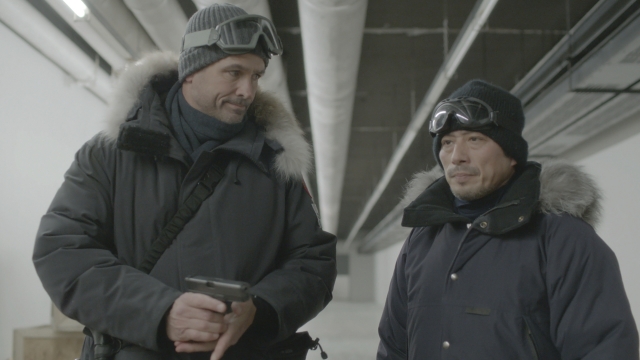 Helix on SyFy has been renewed for a season 2 and its premiere date will be sometime during the winter of 2015. Season 2 will also have 13 episodes.

“Helix has built one of our most loyal and consistent audiences in its first season on Syfy,” said Bill McGoldrick, EVP or original content at Syfy, in a statement.

“The incredibly talented writing and producing team have crafted a thriller that consistently delivered suspense, twists and high quality drama. We look forward to growing this passionate audience in what promises to be an even more memorable second season.”

The main cast members will likely be back unless they get killed in the season finale.

Not many details about season 2 are available yet because it was just announced but Helix writer Javier Grillo-Marxuach said in an interview with a podcast last year that the second season “may be radically different from season 1.”

“It may not be set in the arctic. Because we have a limited amount of episodes to tell this story, we have figured out where the story’s going and [writer] Cameron Porsandeh created a spec and he had a lot of the stuff in the spec and our job has been to look at it with Cameron and [EP] Steven [Maeda] and say ‘we have 13 hours to tell the story, how do we squeeze everything out of this location and these people, and how do we get all these reveals out and leave just enough, that if we have to come back for a second season we have a great opening condition to tell another 13-episode story that is in the Helix universe with some of these characters?

“If we get a second season we will do it in a different location. We’re really looking at it as let’s play for keeps, we can’t be precious about killing characters or revealing our]secrets early or later, or thinking that we can’t blow up the location.”