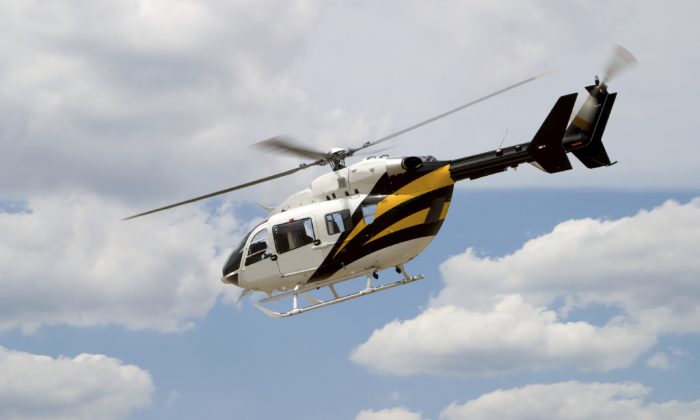 For the 85th month in a row, the Bank of England has voted to keep interest rates at a low of 0.5 percent. Along with the European Central Bank and U.S. Federal Reserve, it remains wedded to the idea that low interest rates, together with the mass printing of money (quantitative easing or QE), will heal the economy. But, with the global economy faltering, governments and central banks across the world are under growing pressure to change course.

The emerging consensus is that the monetary medicine used to save economies after the 2008 crash may have helped prevent further economic meltdown, but it has failed to build a sustainable recovery. Much of the European continent remains locked in stagnation and the U.K. economy is running out of steam, while there is tangible fear of a new era of deflation. As a recent Economist newspaper front cover asked: is the world economy “out of ammo?”

What Drags Down World Trade Growth?

The verdict on quantitative easing is that it has been a blunt instrument. In the U.K., pumping 375 billion pounds ($532.57 billion) into the economy boosted share and property prices, creating asset price bubbles and enriching the already wealthy. According to one estimate, top wealth holders have reaped an average 215,000 pounds ($305,340) windfall as a result, which has fueled inequality. But it has done little to boost investment and the real economy.

Are Robots Taking Our Jobs?

It is now widely accepted that what is driving economic fragility is a chronic lack of demand, a severe problem merely aggravated by post-2008 austerity. Tight fiscal policy in Europe has brought deflation while real wages across most countries—including the U.K.—are still well below their 2009 peaks.

Time for a New Medicine

These strategic failures are causing more and more policymakers to think the unthinkable: a targeted monetary approach that deals with demand deficiency directly. Future rounds of quantitative easing it is argued, should, within clear constraints, boost the economy directly, through the use of “helicopter money.” Helicopter money is an idea originally promoted by the economist Milton Friedman.

Sometimes dubbed “people’s QE,” it would allow central banks to create money out of thin air and channel cash into the economy directly via consumers, small businesses, and investors rather than indirectly through “conventional QE.” In effect, its use would be an acceptance that it is possible to expand public spending—under certain circumstances—without taxation or borrowing.

Even a few months ago, the idea of helicopter money was widely dismissed as off the wall. But with growing fears that we are heading for the cliff again, the idea has, within a matter of months, jumped into the mainstream as a real potential alternative to austerity.

Helicopter money is now being pressed by advisers to U.S. presidential hopeful Bernie Sanders, and Labour leader Jeremy Corbyn, as well as a growing number of high-profile and mainstream economists, from Adair Turner, former head of the U.K.’s financial regulation authority, to the Financial Times’s Martin Wolf. Significantly, ECB chief Mario Draghi nodded in the direction of helicopter money at the European parliament in September 2015.

In a new pamphlet for the Fabian Society think tank, former Labour cabinet minister Bryan Gould makes a powerful case for a particular version of this approach: to use government credit expansion to boost investment. He draws on evidence from historical examples including the United States in the late-1930s to post-war Japan of how this has helped to boost growth.

There are of course, many issues to be resolved. Should newly printed cash be applied through cash payments to households, through tax cuts (such as VAT), or through encouraging investment? When should it be applied—only after a recession or during periods of persistent weak growth? What about the risk to inflation?

But a new approach to QE would boost demand directly and would not carry the regressive side effects of the post-2009 measures. With the patient failing to respond to the old medicine, it may now be a matter of when, not if, the first central bank takes the plunge.

Stewart Lansley is a visiting fellow at the Townsend Centre for International Poverty Research, University of Bristol, in the U.K. This article was originally published on The Conversation.