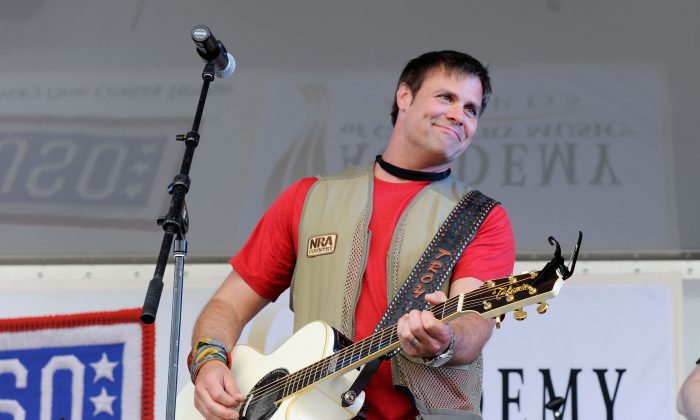 The helicopter crash that killed both Gentry and the pilot was due to an engine control problem that prompted the pilot to try an emergency landing by shutting down the engine completely, according to a preliminary report by the National Transportation Safety Board (NTSB).

The report, released on Wednesday, Sept. 13, reveals that just several minutes after take-off the pilot alerted via airport radio that he was “unable to control engine rpm with throttle inputs.”

The pilot, James Evan Robison, communicated by radio to other helicopter pilots on the ground about potential courses of action to land successfully. After discussion, he chose a shut-down maneuver called autorotation where he turned off the engine at 950 feet.

Autorotation helps a helicopter land safely when the engine fails by disconnecting the engine from the rotor and allowing the air passing through to spin the rotor naturally, which slows the helicopter’s descent.

However, the helicopter blades slowed down too quickly, nearly stopping before the helicopter disappeared from view by the other pilots. It then crashed into a wooded area off the runway, according to the NTSB report.

Robison’s decision to stop the engine and perform the autorotation was discussed with other instructors at the time and it was a “familiar procedure” he had already done “numerous times” in the past.

Instructors reported that a high-pitched “whine” was heard from the helicopter during its downward descent.

The helicopter had recently passed a 100-hour inspection check just months ago on Aug. 17, according to FAA records obtained by the NTSB. The pilot’s logbook showed he had logged 480.9 total hours of flight experience.

Company training records revealed the pilot had received the training required by the operator for employment as a flight instructor. His last airman competency check was completed satisfactorily back on April 19 this year for the same helicopter.

The Sept. 8 crash significantly damaged the cockpit upon impact and fatally injured the two men.

For Gentry, the helicopter ride was reportedly a “spur of the moment” decision.

The singer was one-half of well-known country music duo, Montgomery Gentry. He was 50 years old when he died.

Gentry was married and had two daughters. He was born in Lexington, Kentucky, where he met his singing partner Eddie Montgomery. Later, they formed the act that shared their surnames, CBS reported.

The musical duo had success on country charts and radio in the 2000s, with some of their songs even cracking the Top 40 in pop music charts.